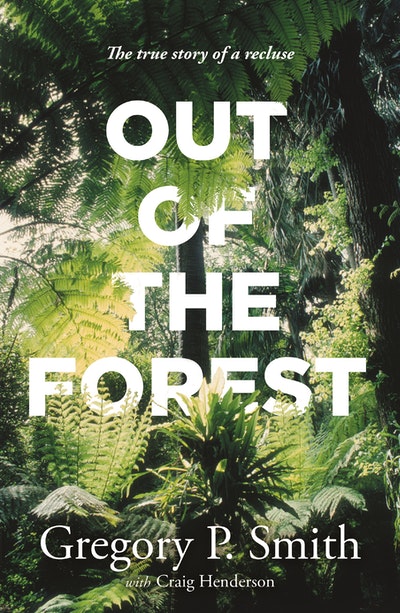 Out of the Forest

When I was a little boy I had a recurring nightmare about a huge ball. The damned thing would chase me through whatever dreamscape I happened to be trapped in and no matter how fast I ran, I could never get far enough ahead to feel safe. I was always on the brink of being crushed.

As is so often the way, my dreams simply reflected my waking anxiety. According to my mother I was two years old when my father picked me up by one foot and flung me head-first into the lounge-room wall. My left eardrum ruptured and I temporarily lost hearing in my right side, too. At least that’s how Mum told the story – I was too young to remember.

Whether it happened or not, the salient thing about that nugget of Smith family history is that an act of brutality against a toddler fitted so easily into our overall story of abuse and dysfunction. Maybe it was an exaggeration, perhaps it was a bitter wife’s tale, or maybe it happened exactly the way Mum described, but something bad happened to my head. Today I wear a hearing aid in my left ear as proof.

Violence was so common in our house that for a while I thought every father must beat his wife and children. The world terrified me. At bedtime I’d gather my sheets around me and take refuge behind fabric walls. It was my fortress; a flannelette barricade that nobody could breach. Hollywood Westerns must have been big at the time because I armed myself with an imaginary rifle that had a wooden shoulder stock and I’d shoot anyone or anything that came too close. I’d circle the wagons in my mind, take aim from behind my pillow and – boom!

When I wasn’t getting flogged by Dad in one of his drunken rampages or defending my bed from imaginary raiders, I had to do nocturnal battle with that big rolling ball. My childhood, whether I was awake, asleep or somewhere in between, was like a never-ending bad dream.

Life began for me on the twentieth day of the fifth month in the common era of 1955. People do a double take when I say it like that, but it’s my way of stating for the record that I’m not a Christian. I have no need, however, to qualify the place of my birth – the City of Tamworth, nestled in the Peel Valley in the vast New England region of New South Wales.

I may not be religious but I am a Tamworth boy through and through. Dad was born there, as was his father, and his father’s father before that. In fact, we were once something of a pioneering family. Dad’s great-grandfather, William Joseph Smith, had been a man for his time. The son of an English Wesleyan minister who’d arrived in the Colony on a ship full of convicts, William was the first of my paternal forebears born on Australian soil. Not content with life on the coast, he ventured inland from Sydney and fell in love with the riverside township of Tamworth in the 1870s. William was a tanner by trade and a progressive thinker who’d become intrigued by the new-fangled idea of electric street lights. Back then, Australia was illuminated after sunset either by moonlight or, in some urban areas, gas-powered lamps.

William won a seat on the local council and lobbied fellow aldermen that Tamworth deserved better. He faced down the naysayers for years and on 9 November 1888, half the town crowded around their newly constructed power plant to watch the mayor’s wife turn on the lights. With the twist of a golden key Tamworth entered the history books as the first city in Australia – indeed in the entire southern hemisphere – to flood its streets after dark with the reassuring glow of electric light. William was the toast of the town.

In less than 100 years, however, the bright future that William Joseph Smith had promised would dim considerably. By the time I was delivered at Tamworth Base Hospital, the Smiths were no longer synonymous with the historic leap forward that had put the name ‘Tamworth’ up in lights.

Dad toiled at menial jobs and blew money at the pub while Mum worked on her hands and knees, cleaning the hospital where she’d given birth to me. My grandfather, Aubrey Peel Smith, was still quite a wealthy man, but he was also quite obnoxious – at least I thought he was. He owned a swag of properties, including homes and a general store in Darling Street, Tamworth, that was plastered in huge letters ‘Aub Smith for Everything’, and a banana plantation in the hills west of the New South Wales coastal town of Coffs Harbour.

Although Aubrey had placed a perfectly good, spacious brick home on one of Tamworth’s nicest streets in my father’s name, we were forbidden from living in it. The house was let out to a World War I veteran and the regulations of the day stipulated that the ex-soldier couldn’t be evicted under any circumstances. To rub salt into the wound, the old Digger’s war service meant his rent was frozen at a ridiculously small amount. It didn’t even cover the council rates, which Dad had to cough up for.

By the time I was four I had been joined by four cute little sisters – Glenda, twins Lynette and Louise, and Wendy – and we were all sardined into a narrow, two-bedroom house that Aubrey owned in North Tamworth. I slept on the veranda and the four girls were sandwiched, top to toe, in a double bed.

The pressure of these claustrophobic conditions would help ignite my parents’ arguments, not that any extra spark was needed when it came to their marital tinderbox. ‘Just look at you, you worthless drunk!’ Mum would holler. ‘You can’t even provide a decent house for your own family! You’re pathetic!’

Dad would respond by getting more drunk and bashing Mum black and blue. Even as a small boy I felt compelled to jump up and try to protect her, or the girls if they were in danger, only to get belted, kicked and screamed at too.

Conspicuous by his absence during this mayhem was Aubrey. He couldn’t stand Mum because word had somehow got around that she was part-Aboriginal. That was news to me. Mum had grown up 150 kilometres away in the tiny farming town of Guyra, where her mother had worked as a barmaid in the local pub. I don’t imagine that back then publicans were tripping over themselves to hire Aboriginal women to pull beers for the boys. Besides, Mum, with her blue eyes and fair skin, looked about as Aboriginal as Elizabeth Taylor and she never, ever claimed to be part of any ancient mob.

None of this seems to have mattered to Aubrey. His mind was made up. This was the ‘glorious’ 1950s, a time of post-war prosperity when Aboriginal people were forbidden from voting and the Australian government catalogued their existence under the Flora and Fauna Act. People were herded off the land and had their children taken off them – all while enjoying the same rights under the law as kangaroos, bats, worms and snakes.

In the eyes of men like my grandfather, marrying my mother could only bring shame upon an established white family such as ours and it created a toxic relationship between the two men. Dad knew no other way of dealing with his problems than drinking and lashing out at the people closest to him. Alcohol was his primary weakness; it would make him lose control and morph into a monster. Things only got worse when his mother, Lilia, died in 1961. I was only five, but even I could see the crippling effect it had on Dad. He’d worshipped his mum who had been a foil to Aubrey’s influence, and he depended on her for support and guidance. With Lilia gone, he lost the will to even try to become a better man.

Dad would finish work at the local starch factory at 4pm and head straight to his beloved boozer, the Tamworth Ex-Services Club, to get smashed with his cronies. He’d come home about 7pm, guzzle some of his home-brewed beer and get even messier. Mum would needle him and the arguments would kick off. ‘Have a look at yourself,’ she’d typically begin. ‘You’re a disgraceful excuse for a man. You’re a joke.’ At that point the punching and yelling would start, the girls would scream, I’d try to stop Dad and end up getting hurt too. Then it would be off to bed to try to outrun the evil ball.

Life at school was only marginally better. The very first thing I learned at East Tamworth Infants School was that I was different. My school uniform was a second-hand affair, and when I turned up on my first day in a pair of faded oversized shorts, Mum might as well have pinned a note to my forehead that said, ‘I’m a dag! Tease me!’

Things deteriorated when news spread about my quirky middle name. You see, when William Joseph Smith (that bright spark who had lit up Australia) had sired a son, he’d named him William Peel Smith. It was a nod to the region’s Peel River and Peel Valley, which in turn was named in honour of the former British Prime Minister Sir Robert Peel.

Old William Joseph could never have guessed that ninety years later, this sentimental adjustment to the family genealogy would result in his great-great-grandson, Gregory Peel Smith, being mercilessly mocked. I was buried under an avalanche of nicknames. I hated being called Banana Peel, Orange Peel and Potato Peel, but my forebears apparently encountered no such hassle. They dutifully passed their middle name down the line, right up until the kids in my class at Tamworth Infants School got a hold of it.

I’d retaliate the only way I knew how – by mimicking the violence I’d learned at home by observing my father. The moment someone said something ‘wrong’, he’d just explode, so that’s what I did. This only led to extra ridicule and nicknames, which made me want to lash out even more. Soon I was stuck in a wretched cycle of bullying and violent reprisal. I became a withdrawn and stigmatised student who found it impossible to engage in classroom activities. People thought I was an idiot.

I knew something they didn’t, though: I had a fire inside me that burned bright. I had a galloping passion for life, a sense of wonder and intense interest in the world and all of its mysteries and possibilities. Despite everything, I still imagined that one day I would be a roaring success of a man – possibly even the richest person in the country. I’d heard stories about the American business mogul Howard Hughes and how he’d take his lunch to work in a brown paper bag. I figured I’d probably do that too. Sometimes, when the mood of the house wasn’t so bad, I’d fall asleep visualising my name on top of buildings – giant neon-lit announcements to the world that I’d made it.

Out of the Forest Gregory Smith

What makes a man turn his back on society? What makes him return?