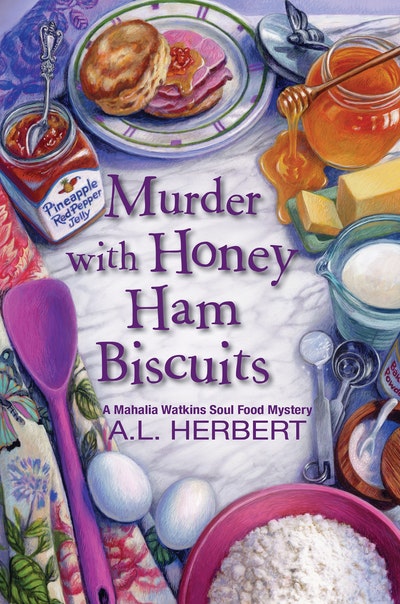 As the owner of Mahalia’s Sweet Tea, Halia Watkins is famous in Maryland’s Prince George’s County for her down-home cuisine. But when she has the chance to showcase her talents on national TV, she becomes the star of a murder mystery that’s too hot to handle!

When Halia is invited to serve as a guest judge on the popular cooking competition show Elite Chef, she’s delighted to add some extra flavor to the mix. But as filming ramps up in Washington D.C., there are too many fiery personalities in the kitchen. Halia discovers that pulling off her small screen debut unscathed means contending with a longtime competing restaurant owner, an infamously crass hospitality mogul, and a group of cutthroat contestants vying for culinary glory . . .

The competition sizzles with only a few finalists left standing—and goes cold when the gorgeous young frontrunner is found dead. As murder accusations are slathered over a recently eliminated contestant, Halia, with some bungling assistance from her wise-cracking cousin Wavonne slides into an investigation of their own. A little snooping reveals the victim burned lots of bridges, leaving a slew of alleged affairs and stolen recipes in her wake. With a fast-rising list of potential suspects, Halia must sort through mindboggling clues to fry the flaky culprit before someone else gets baked to a crisp . . . 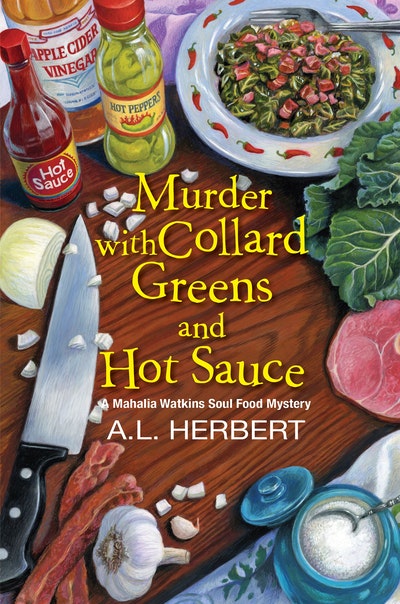 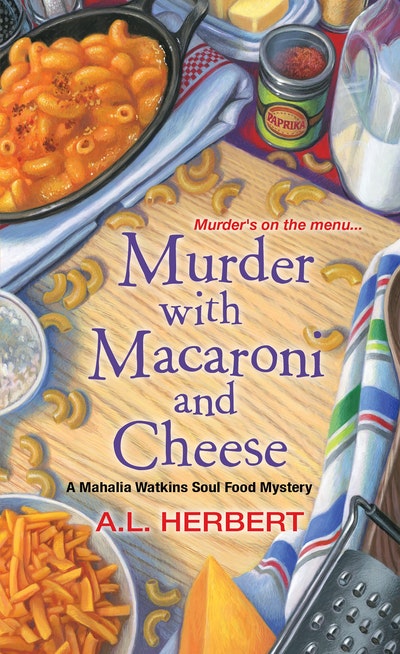 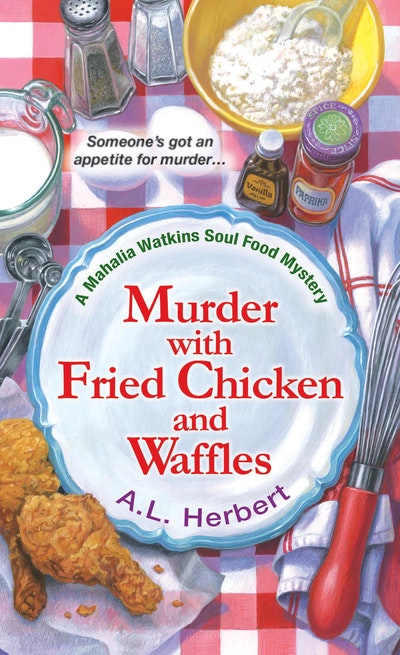 Outstanding praise for A.L. Herbert and the Mahalia Watkins Soul Food Mysteries!     MURDER WITH COLLARD GREENS AND HOT SAUCE   “With delicious food and a chic mystery to solve, readers will eat this one up.” —The Parkersburg News and Sentinel   MURDER WITH MACARONI AND CHEESE  “Herbert does a good job of hiding the killer amid smartly placed red herrings and surprising plot twists. Readers will be equally entranced by both the layered mystery and the mouth-watering food descriptions. A successful African American amateur sleuth makes a very welcome addition to the cozy genre, and the humor Herbert brings to the tale only adds icing to what is a delicious cake.” —Booklist (starred review)   MURDER WITH FRIED CHICKEN AND WAFFLES   “Soul food and sassy characters combine in this series debut for a feast that will satisfy the appetites of readers.” —Library Journal   “Foodies will welcome Herbert’s amusing debut, the first in a new cozy series complete with recipes. The authentic local history seamlessly woven into the story sets the book apart from most light mysteries.”  —Publishers Weekly   “This first in a planned series, complete with recipes, is funny and refreshingly straightforward.” —Kirkus Reviews