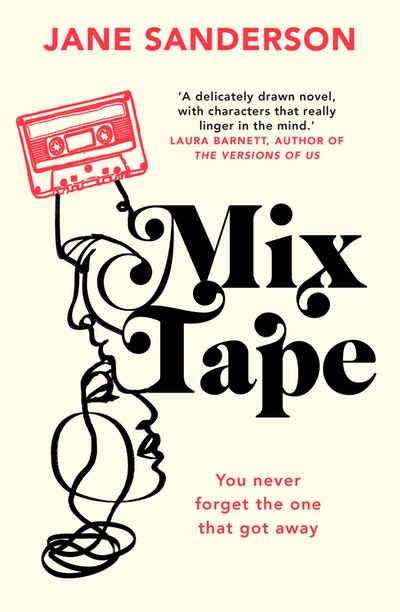 There they go, at the beginning of it all, their younger selves, walking through the dark, winter streets of Sheffield: Daniel Lawrence and Alison Connor. He’s eighteen, she’s sixteen, it’s Saturday night and they’re heading together to Kev Carter’s Christmas party, and nothing much has been said since he met her from the bus, but each is achingly conscious of the other. Her hand in his feels too good to be only a hand, and his presence, by her side, makes her mouth feel dry, and her heart beat too quickly, too close to the skin. They walk in step with each other along the pavement, and there isn’t far to go from the bus stop to Kev’s house, so it’s not long before a throb of music fills the silence between them, and he glances down, just as she looks up, and they smile, and he feels that pulse of pure longing he gets when Alison’s eyes alight upon him, and she  . . . well, she can’t think when she’s ever felt this happy.

Kev’s front door was wide open to the night, and light and music spilled out on to the weeds and cracked flags of the garden path. Kev was Daniel’s friend, not Alison’s – they were at different schools – and she hung back a little as he walked in, so that Daniel seemed to be pulling her into the room after him. She enjoyed that feeling, of being led into the room by this boy, so that everyone could see she was his, he was hers. There was Blondie on the tape deck, ‘Picture This’, playing too loud so that the bass distorted, vibrated. Alison liked this one, wanted to shed her coat, get a drink, have a dance. But then almost at once Daniel let go of her hand to hail Kev across the room, shouting over the music, laughing at something that Kev shouted back. He nodded and said, ‘All right?’ to Rob Marsden, and nodded and smiled at Tracey Clarke, who grinned back knowingly. She was leaning on the wall, on her own, by the kitchen door, as if she was waiting for a bus. Fag in one hand, a can of Strongbow in the other, dirty blonde hair with Farrah Fawcett flicks, plum lipstick, and kohl-lined eyes that cut a cool, considering gaze at Alison. Tracey took a long drag on her cigarette and sent the smoke out sideways.

‘You going out wi’ him?’ she said, tossing her head in Daniel’s direction. Tracey, older and wiser, no longer a virgin schoolgirl, money in her purse and a boyfriend with a car. Alison didn’t know this girl and she blushed – couldn’t help herself – and said yes, she was. Daniel was just out of reach now, so Alison just stared hard at the back of his dark head and willed him to turn around. Tracey raised one eyebrow and smirked. Smoke hung in the air between them. Alison’s shoes were killing her.

‘You want to watch him,’ Tracey said. ‘He’s in demand.’ There was a beat of silence when Alison didn’t reply, then Tracey shrugged and said, ‘Drinks in there.’

She meant the kitchen behind her, and through the open door ahead Alison saw a great crush of people around a green Formica table, and a mess of bottles and crisps and plastic cups. She slid away from the vaguely malevolent attentions of Tracey and pushed her way in, thinking Daniel could’ve got her a drink. Should’ve got her a drink. But, look, he’d been commandeered by all these people that he knew, and she didn’t. Now Jilted John was on the mix tape, so suddenly people were singing but nobody was dancing, and behind Alison there were even more people pressing into the tiny room. She didn’t recognise a soul, although there must be somebody she knew here, because the place was packed out. She edged through to the table of booze, aware of a strong smell of cigarettes and cider, and, suddenly, Old Spice.

She looked round and saw Stu Watson, all cockiness and swagger in his denim jacket with an upturned collar and Joe Strummer’s scowling face on his T-shirt. Pound to a penny he couldn’t name a single song by The Clash, but anyway she was glad to see a familiar face. Stu’s quick, narrow eyes swept over her with bold appreciation.

‘You look all right, anyway,’ he said.

‘Obviously,’ she said, pointing at her coat. ‘But you’ve been here a while by the look of you.’

‘Nothing yet. Martini, I suppose.’

Stu grimaced. ‘How can you drink that shit? It tastes like fucking medicine.’

Alison ignored him. She was too hot but she didn’t know what to do with her coat in this unfamiliar house, so she let it drop a little way down her back and Stu’s eyes wandered down to the newly exposed skin of her neck and throat. Alison looked behind her for Daniel and she could see him, still in the living room, not looking for her, but talking to another girl. Mandy Phillips. Alison knew her from the school bus. Tiny like a child, henna curls, pixie nose, tipping her face up towards Daniel’s and all bathed in light by his attention. His arms were folded and there was a space between him and Mandy, but from what Alison could see, his eyes were all over her. As Alison watched them, Mandy reached up and pulled Daniel by the shoulder towards her, cupped her sweet hand, said something into his ear. Daniel gave her his trademark smile: hesitant, a half-smile really. His hair was dark and longish, falling into his eyes, and Alison wanted to touch it.

Stu was looking in the same direction. ‘I’m Mandy, fly me,’ he said. ‘Fuck me, more like.’

‘Oh, piss off, Stu,’ Alison said. She spun away from him and lifted a bottle of Martini Rosso from the table, sloshed a generous measure into a cup and took a deep drink. He was right, it was kind of disgusting, bitter, but also very familiar, so she took another swig, then wiped her mouth with the back of her hand, ditched the cup on the table and took her coat off, slinging it on to a chair. She was wearing Wranglers that she’d worn in a hot bath to shrink them down to a second skin, and a new shirt that looked good, looked bloody great; she should know, she’d spent long enough staring at herself in the bedroom mirror. It was white, looked and felt like slippery satin, and she’d opened one more button since leaving home. Stu couldn’t take his eyes off her but she didn’t even glance at him as she took back the Martini, had another swig and edged her way through the bodies, out of the kitchen.

Alison was talking to Stu Watson, a fucking wily ferret, a creep with hungry eyes, arms like wandering tentacles. Daniel could see them both in the kitchen, and he was stuck here with Mandy Phillips, whose own manipulative eyes were filling with tears as she told him Kev Carter had finished with her, tonight, at his own party, the bastard. This was what happened to Daniel. Girls cleaved to him and spilled their souls. He didn’t have to encourage them; they just sensed something about him, even he didn’t know what it was, and they talked and talked. Only . . . Alison Connor didn’t. He’d asked her to go out with him and she’d said yes, but in the day or two since then she’d hardly spoken to him in the brief times they’d been together, and yet he wanted her by his side, knew it was right, knew there was something about her. But she’d already said more in the kitchen to Stu sodding Watson than she ever had to him. Meanwhile Mandy was on the second telling of the same sad story and he knew it was all leading to a come-on, a why-not, a kiss and a promise. Kev was busy clowning around, catching his eye, giving him the thumbs up, as if Daniel might need his cast-offs. Life was just a big game to Kev Carter; of course he’d dumped Mandy tonight – he liked a bit of drama, and where was the fun in knowing whose knickers you’d be getting into later?

Now ‘Night Fever’ was blasting out through the speakers and Mandy was starting to move her shoulders in time to the music. There was a line of girls in the middle of the room working their Travolta moves, a line of boys watching them and arsing around, trying to copy. Mandy tugged on Daniel’s shoulder and he leaned into her so she could cup a small hand round his ear.

‘Do you wanna dance?’ she whispered, her breath warm.

He didn’t hear, pulled back and smiled at her. ‘What?’ he said.

‘No,’ Daniel said, and stepped back. He looked towards the kitchen for Alison, but he couldn’t see her now, or Stu. He should’ve stayed with her, taken her coat, fetched her a drink, and he cursed himself for being drawn into Mandy’s crisis.

‘What?’ Mandy said, loud enough now to be heard over the music without breathing in his ear.

Daniel was distracted by Alison’s absence and he cast his eyes round the room, but at the same time he said, ‘No, Mandy, course I don’t want to bloody dance with you.’ He was panicking, wondering if Alison was even still here, at the party. She might have bolted. He wished he knew her better, knew how her mind worked.

‘You’re a bastard, Daniel Lawrence,’ Mandy shouted, and she slapped him across the cheek, ineffectually because she was drunk, but still, her nails grazed his skin.

‘Fuck’s sake, Mandy,’ he said, looking down at her in disbelief.

She burst into easy, meaningless tears and turned away, looking for another shoulder, and Daniel touched his cheek where it stung. Christ Almighty. And he hadn’t even had a beer yet. Some fucking party. He moved towards the kitchen and, as he did, the Bee Gees came to a brutal halt because Kev ripped the tape out of the deck and put another one in, so suddenly the room filled with the insistent drum and bass opening of ‘Pump It Up’, and Daniel was rooted to the floor, waiting reverentially for Elvis Costello’s voice to weave its way into his head.

And oh God, Alison, there she was. She was dancing, alone, in the crowd. She’d kicked off her shoes so she was barefoot, and she was dancing with her eyes closed, and she didn’t move her feet at all, although the rest of her body was caught up in the music, and her arms made wild, wonderful shapes above her head. She danced like nobody else. She danced in a way that the others tried to copy, but each time they almost got it she changed, shifted, did something different, but her feet didn’t leave the floor. Daniel watched her, completely transfixed. He’d never seen anything so beautiful, so uninhibited, so fucking sexy, in all his life.

This is a love story to rival the very best. Caught up in the nostalgia for first love and the type of music that they don't make any more, Mix Tape asks the biggest question of all: what if 'what could have been' is still to come?