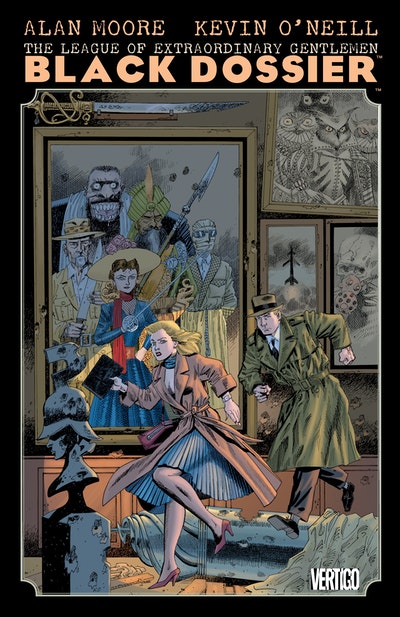 From Alan Moore, literary figures from throughout time and various bodies of work are brought together to form the League of Extraordinary Gentlemen! Now, the history and origins of the League are revealed in THE LEAGUE OF EXTRAORDINARY GENTLEMEN: BLACK DOSSIER!

Allan Quartermain, Mina Murray, Captain Nemo, Dr. Henry Jekyll and Edward Hyde and Hawley Griffin, the Invisible Man, formed a new team at the turn of the 20th Century. But they weren't the only League.

In the 1950s, England is not what it was, and with the League of Extraordinary Gentlemen disavowed, Mina Murray and Allan Quatermain seek answers that can be found only in the Black Dossier, a book buried deep in the vaults of their old headquarters. These secrets are revealed, along with the secret history of their predecessors!