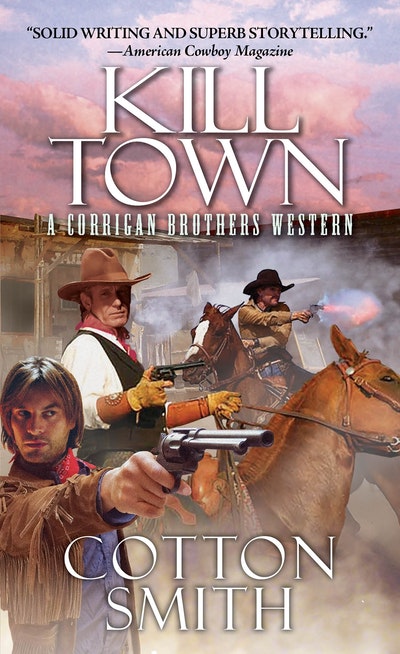 “Cotton Smith turns in a terrific story every time.” —Roundup Acclaimed Western author Cotton Smith tells the epic story of the Corrigan brothers, who will risk their lives to tame the American west . . . KILL TOWN Agon Bordner is dead, and the ranch he cheated for has been handed over to Deed Corrigan and his brothers. But before they can get the Bar 3 back on its feet, Deed, Holt, and Blue must fight to rebuild the town by buying the bank and appointing a marshal. For a moment, peace looks possible for these three weary veterans of the trail—until the guns begin to fire. Seeking vengeance for their boss, eight of Bordner’s killers storm the town. They rob the bank, kill the marshal, and break the rest of their gang out of the jail. To save the town, Deed and Holt hit the trail, planning vengeance the only way they know how. Blue stays behind, stepping into the marshal’s role to guard the jail, as the Corrigans risk their necks to save the only place they have ever called home. “Hard-eyed characters and six-gun action. Smith knows cattle drives and cowboy lore.” —Publishers Weekly “Cotton Smith’s stories are centered around the wonders of the human spirit in overcoming life's obstacles.” —True West 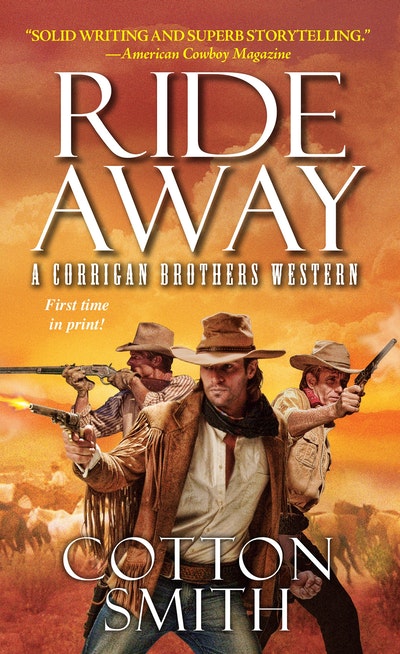