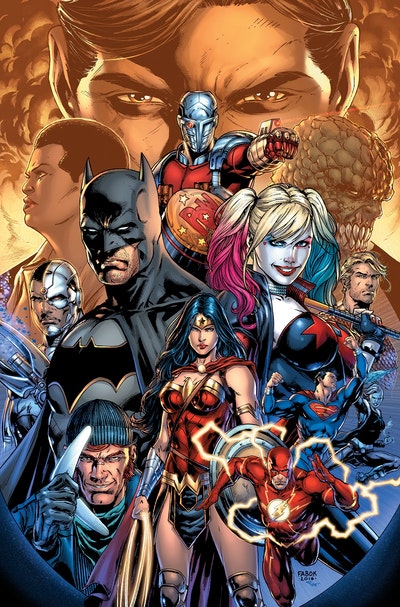 It's the first major event storyline of DC's Rebirth era in JUSTICE LEAGUE VS. SUICIDE SQUAD!

This was a day that Amanda Waller--the government liaison in charge of Task Force X--always knew would come: the Justice League discovers the existence of the Suicide Squad! The government-sponsored black-ops team of super-villains with bombs implanted in their brains is obviously a dealbreaker for the World's Greatest Superheroes. But you can bet the Wall and her gang won't go down without the fight to end all fights!