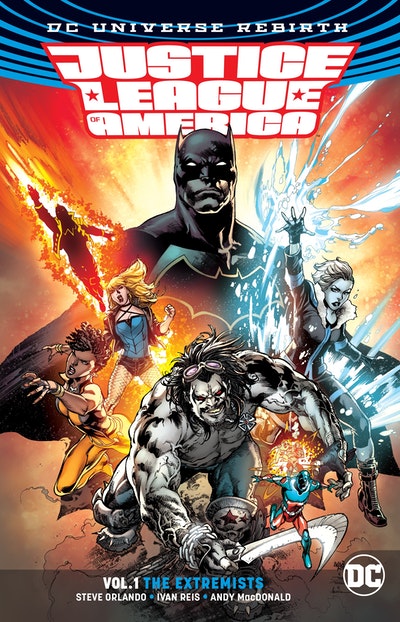 From the pages of JUSTICE LEAGUE VS. SUICIDE SQUAD!

From the wreckage of the deadly clash of the world's greatest--and the world's worst--heroes comes a brand new JUSTICE LEAGUE OF AMERICA made up of some of the most unlikely heroes to ever join the League!

Rising star writer Steve Orlando (MIDNIGHTER, SUPERGIRL) and superstar artist Ivan Reis (GREEN LANTERN, DC UNIVERSE: REBIRTH) bring together the Ray, the Atom, Vixen, Killer Frost and more in what is one of the most offbeat and compelling lineup the Justice League of America has ever seen. Featuring epic battles and personal struggles, this is a League like the the world has never seen before!