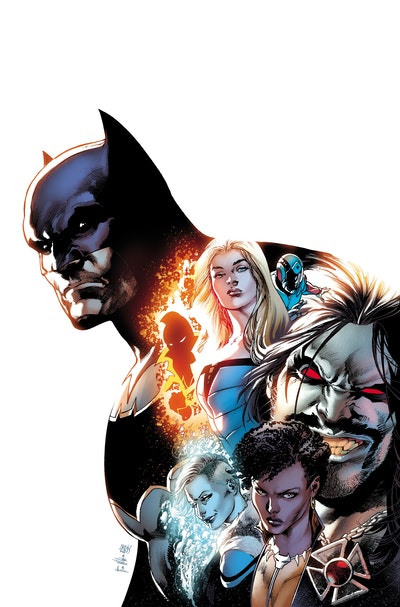 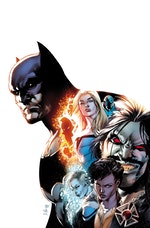 The first two volumes of JUSTICE LEAGUE OF AMERICA as a part of DC Universe Rebirth are collected here in hardcover for the first time ever!

From the wreckage of the deadly clash of the world's greatest--and the world's worst--heroes comes a brand new JUSTICE LEAGUE OF AMERICA made up of some of the most unlikely heroes to ever join the League!

Rising star writer Steve Orlando (MIDNIGHTER, SUPERGIRL) and superstar artist Ivan Reis (GREEN LANTERN, DC UNIVERSE: REBIRTH) bring together the Ray, the Atom, Vixen, Killer Frost and more in what is one of the most offbeat and compelling lineup the Justice League of America has ever seen. Featuring epic battles and personal struggles, this is a League like the the world has never seen before!

Steve Orlando (MIDNIGHTER, SUPERGIRL) and a superstar team of artists headed by Ivan Reis (BLACKEST NIGHT) bring together Batman, Black Canary, the Ray, the Atom, Vixen, Killer Frost and Lobo in what is one of the most offbeat and compelling lineup the Justice League of America has ever seen. This collection features the first two paperback volumes of the series, combined to make a deluxe edition graphic novel in hardcover for the first time ever. Collects JUSTICE LEAGUE OF AMERICA: REBIRTH #1 and ISSUES #1-12.

“"A strong effort with good pacing, fun dialogue and beautiful art." --Paste Magazine "A classic origin story, but nevertheless feels fresh and accessible for both new and old audiences." --Newsarama "An excellent start to a brand new era." --Comicosity”