Justice League Odyssey faces off against a threat to reality…but in order to save it, they’ll have to risk unraveling the entire universe!

The Justice League Odyssey team makes its final stand against one of the biggest threats in the Mutlvierse—Darkseid.

After fully regaining all of his immense power and corrupting former Justice League members such as Cyborg and Starfire, the dark lord of Apokolips makes an all-out assault on the remaining heroes. To prevent him from returning the planet he rules to reality. Green Lantern Jessica Cruz, New God Orion, and Red Lantern Dex-Starr recruit a new team of oddballs, including a time-traveler with the power to save or destroy all of existence.

With an expolsive ending that leads into Starfire and Cyborg's Dark Nights: Death Metal appearance, this outer space adventure sets new courses for all the characters involved.

Dan Abnett lives and works in Maidstone, Kent. Well known for his comic book work, he has scripted everything from the Mr Men to the X-Men in the last two decades. He is also the author of twenty three novels, including the acclaimed Eisenhorn and the best selling Horus Rising. He was voted 'Best Writer Now' at the National Comic Awards 2003. 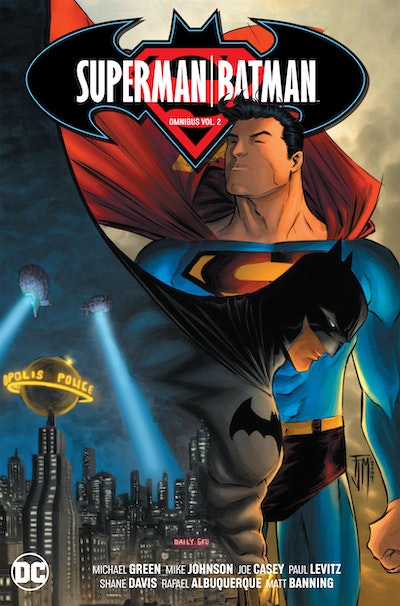