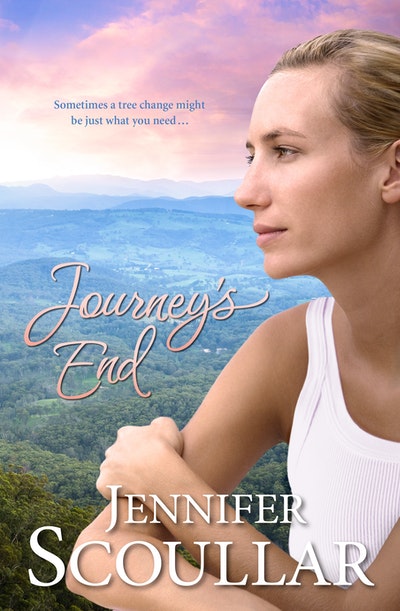 The day Kim Sullivan’s world ended was disguised as an ordinary Wednesday. She took the kids to school and did some shopping. She came home, put on the washing machine and went to make her bed. Scout poked his head out from behind the pillows. Kim picked up the old border terrier, and set him down on the carpet.

He whined, stiff legs scrabbling to climb back up. On the third attempt he succeeded and nestled down on Connor’s jumper, the one Kim slept with when he was away. His smell was in the weave. Scout had always been more Connor’s than hers. ‘We won’t have to make do with his jumper for much longer.’ Kim sat down beside the dog. ‘We’ll have the real thing home on Sunday.’

Home on Sunday. After years of deployments in war-torn Afghanistan, Connor would be home – home for good. It was hard to believe, a prospect too sweet to be true.

‘Daddy will be back from the army in four sleeps,’ Abbey had said on their way to school that morning, counting out the days on her fingers. ‘It’s going to be my show and tell. Mummy, do you think it will be good enough?’

Jake had rolled his eyes. ‘What would preps know about the army? And Dad’s job is supposed to be a secret. You shouldn’t go telling everybody, Abbey. The Taliban might hear.’

‘I don’t think the Taliban will be listening to Abbey’s show and tell.’

Jake hadn’t looked convinced. He worried so much about his father.

Well, he didn’t have to worry anymore. In four sleeps Connor would be home and their new life would begin.

Her phone rang from the bedside table. Of course – that’s what she’d come in to find in the first place. ‘Daisy, what’s up?’

‘How about I pick your kids up from school this arvo, bring them back to my place for an early tea? Grace wants to show Abbey her new rabbit, Stuart’s been bugging me about having Jake over, and you’re always so tailspin busy before Connor gets back. What are you doing now? Cleaning behind the fridge?’

Kim laughed. She’d already done that. ‘Thanks. I want everything to be perfect. You know how it is when they come home.’

‘Steve’s lucky if I make the bed,’ said Daisy. ‘What’s the point, when the first thing we do is mess it up again? And I’m too scared to look behind our fridge. I think there’s a dead mouse.’

Kim shifted her feet as a flush of heat passed through her. Daisy was right. Nothing came close to come home sex, or waking up in Connor’s arms for the first time in months, or going to sleep knowing the man she loved was safe beside her. She sank down on the bed, dizzy with wanting.

‘Are you lot still heading off to your bush block?’ Daisy asked.

‘Just as soon as we can get away.’

That’s exactly what it would be.

Connor’s grandfather had left him two hundred hectares of land at Tingo, six hours north of Sydney, high on the Great Escarpment. Journey’s End. A property in his family for generations, although nobody had lived there for years. She could see it now. Stunning views across the mountains of Tarringtops National Park. Sharing a beer with Connor on the farmhouse porch, reconnecting. Watching the kids play on the old willow peppermint, its broad low branches just made for climbing. Talking about their future.

They had grand plans to restore the rundown farm to its natural state. It had been a shared dream since their first visit there, though more hers, perhaps, than Connor’s. She was the botanist. He was more interested in the wildlife.

But Kim had quickly fallen pregnant. Connor was promoted and went on the first of many overseas postings. And it had remained just that – a dream. When Jake was two, she started teaching horticulture at Campbelltown College, and then Abbey came along. Their lives were too full, too busy. ‘One day we’ll take off,’ Connor would say. ‘Use our saved leave and just go bush.’ That day was almost upon them.

Kim wouldn’t have heard the knock if Scout hadn’t barked. She glanced in the dressing-table mirror, running her fingers through her blonde hair then smoothing her shirt. Good enough. She opened the front door and blinked in surprise. Captain Blake stood on the step. He looked different somehow: sallow and slump-shouldered. Scout appeared at her heels, yapping in short, angry bursts.

‘Is Connor home early?’ she asked. ‘Should I pick him up from the airport?’

He shook his head. A cold stone formed in her chest and slipped down to her belly. ‘Is he all right?’

‘Let’s talk inside.’ He rubbed his forehead with his fingers, and she knew. The terrible truth showed in his swift breath, his guarded eyes, how he spoke – the fact he was there at all.

Kim put a hand to her heart. Panic claimed her, like she was walking too close to a cliff’s edge. Pain too. Her legs gave way, while white noise drowned out the Captain’s voice. Not Connor. Not her brave, handsome, clever Connor. Her best friend, her lover, her soulmate. What about their life together, their future? What about Abbey and Jake? She swayed alarmingly as the ground lurched beneath her. What about her? How would she live?

‘Scout Sullivan?’ The vet nurse smiled and indicated for them to go through.

Scout wheezed more loudly and nestled into Kim’s lap. ‘Here we go,’ she said with a brightness she did not feel. She stood with the dog still cradled in her arms, and went through to the consulting room.

Dr Talbot was a small man, with bushy red eyebrows and a truculent chin. His people skills made Doc Martin on TV seem friendly by comparison. However, when it came to his animal patients, Dr Talbot was the soul of compassion. He always held their interests paramount and was an excellent vet.

Kim placed Scout on the stainless steel examination table. The old terrier cried with pain as his legs slipped out from under him. ‘Shh,’ whispered Dr Talbot, and gathered Scout’s limbs into a more comfortable pose. The dog licked his hand, lay down and submitted to the vet’s poking and prodding. ‘How far can Scout walk?’ He shot Kim a suspicious glance as she bit her lip. ‘Can he walk from the front door to the street?’

Kim wished she could simply subtract some years. As if wishing might make it true, and let the dog live a little longer. Dr Talbot consulted a file.

‘The Rimadyl doesn’t help with his pain anymore,’ she said. ‘Can we maybe up the dose?’

‘If we do his kidneys will fail.’

‘He can’t always stand in the morning, am I right?’

It was more of a statement of fact than a question. Kim was about to lie; she’d done it before. But the expression in Scout’s rheumy old eyes gave her pause.

‘Yes.’ She dreaded what was coming.

Dr Talbot put down the file. ‘Scout has severe arthritis and end-stage heart failure.’ He fixed her with stern eyes. ‘He’s on the highest possible dose of inhibitors, diuretics, antiarrhythmics and pain medication, and his tongue is turning blue.’

The vet opened Scout’s mouth. His gums and tongue were mottled a sickly bluish-grey. ‘Scout’s lungs are filled with fluid. His heart can’t pump enough blood to his body tissues.’

‘Isn’t there something more you can do for him?’

She looked at the terrier, panting and wheezing on the table, and saw him as if for the first time. His breath was coming ragged and slow, each one a burden.

‘I suppose it is.’ Kim tried to imagine life without Scout – without his wise brown eyes, his cold nose against her hand in the morning, his warm presence on the bed at night. And, most terrifying of all, losing the living link he formed to Connor. Connor had loved this dog for as long as Kim had known him. He’d stroked the same wiry head that she was stroking now. He’d walked with him, played with him, missed him. If Scout died, an important piece of Connor would die too. A piece she wasn’t ready to let go of, though it had been two years now; two years of the empty space in her bed and a heart that hurt, physically hurt, each day.

Tears stung her eyes. Kim tried to blink them back as she patted Scout’s head but it was no use. She dissolved into a sea of weeping, great shuddering sobs racking her frame. Scout trained worried eyes on her. ‘I want to be with him when . . .’

Dr Talbot shook his head. ‘Normally I encourage owners to stay, but you’re distraught. Scout is picking up on your fears. It would be best if you let me take care of it.’

Kim tried to compose herself with little success. She ruffled Scout’s greying ears one last time, horrified that her weakness had made his last moments harder. ‘Goodbye, old mate.’ She backed from the room before the tears welled up again, catching one last glimpse of him: Scout trying to stand before Dr Talbot closed the door.

She turned to find all eyes in the waiting room upon her. The vet nurse came out from behind her desk and put a consoling hand on Kim’s back. ‘At least he won’t suffer anymore.’

The waiting clients sensed the truth, and held their own pets tighter. The room was stiff with tragedy. Time stretched. Seconds felt like hours.

Eventually, Dr Talbot came out and nodded to Kim. ‘All done.’ Said without emphasis, like he’d put the bin out or made a cup of tea. And with that he called his next patient.

Kim could hear her own heartbeat. No, this couldn’t be. The moment was too ordinary. The sun still streamed through the window as it had done before, the clock still ticked on the wall. ‘Would you like to take Scout home?’ asked the nurse gently. Kim gazed around, her eyes unfocussed. ‘Or we could organise it all for you – arrange a cremation and ring when the ashes are ready for collection?’

Kim fumbled for her wallet and the nurse shook her head. ‘We’ll send an account. The ashes come back in a lovely little urn, for you to keep at home, or scatter somewhere special.’

Somewhere special. A scene came to mind: rolling hills and forest ridges. Connor throwing sticks into Cedar Creek for Scout to fetch. She hadn’t been back to Journey’s End since Connor died. She’d go there to scatter Scout’s ashes, something she’d wanted to do for Connor. But there had been his family to consider, and they’d interred his remains instead at a local cemetery, central to all. The ceremony had brought no comfort, no closure. How could it? Connor had died on some lonely road, a world away, and now she was leaving him in another unfamiliar place. A place that had held no significance for either of them. It still troubled her.

Taking Scout there would help to put things right, ease the feeling that she’d let her husband down. Then she would put the place on the market and try to move on. For the sake of Jake and Abbey. For the sake of herself. But in the same breath, a soft strangled cry escaped her lips. A painful wave of missing Connor crashed down on her, as powerful as on that first day of knowing. She doubted her decision the moment she’d made it. She would try, she really would, but how could a paralysed person be expected to move?

From the author of Currawong Creek and Turtle Reef comes a heartwarming story of family, friendship and renewal.