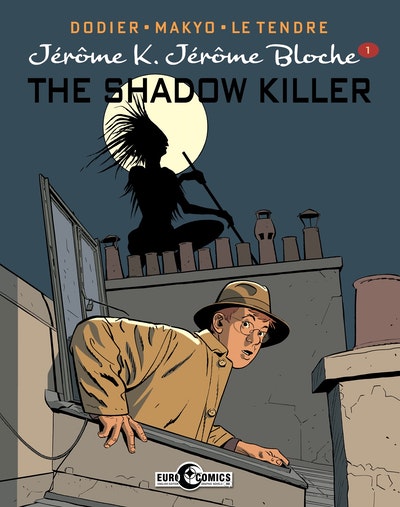 The series stars an endearing young private-eye-in-training who solves crimes as he scoots around Paris on his trusty motorized bicycle. Given his general clumsiness, he seems more Will Ferrell than Humphrey Bogart. Translated in English for the first time.

Wearing an old trenchcoat and his indispensable felt hat, the 20-year-old Jérôme tries to look the part of a seasoned sleuth. By day he translates detective novels and fantasizes about being one. By night he’s enrolled in Professor Maison’s correspondence course for would-be private eyes. His girlfriend, Babette, is a flight attendant who brings him recordings for his collection of police sirens from around the world. And then, his first “case”: In the past two months, fifteen people in Paris have been killed by poisoned darts. All that witnesses saw was a feathered shadow and a blowgun. The job of capturing the flamboyant assassin is entrusted to Jérôme by Professor Maison. Things get off to a rocky start, however, when the professor appears to be victim number sixteen!