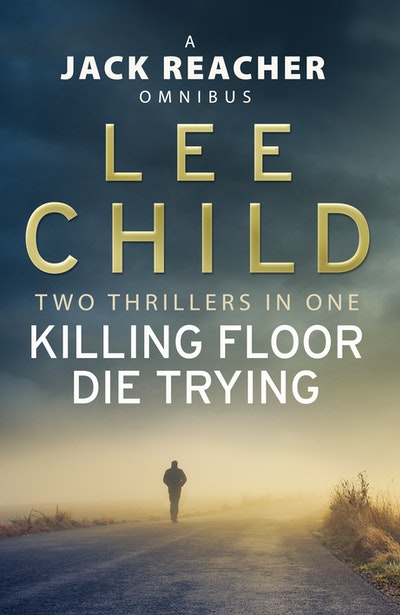 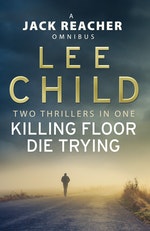 In an exclusive omnibus volume for Australia and New Zealand, here are Killing Floor and Die Trying, the first two books in Lee Child’s internationally bestselling Jack Reacher series, now in one volume

Two bestsellers featuring Jack Reacher, an ex-military cop of no fixed abode, a righter of wrongs – the perfect action hero:

KILLING FLOOR
Jack Reacher jumps off a bus and walks fourteen miles down a country road into Margrave, Georgia. An arbitrary decision he's about to regret.

Reacher is the only stranger in town on the day they have had their first homicide in thirty years.
The cops arrest Reacher and the police chief turns eyewitness to place him at the scene.
As nasty secrets leak out, and the body count mounts, one thing is for sure.

They picked the wrong guy to take the fall.

And turns to see a handgun aimed at his stomach.
Chained in a dark van racing across America, Reacher doesn't know why they've been kidnapped.
The woman claims to be FBI. She's certainly tough enough.
But at their remote destination, will raw courage be enough to overcome the hopeless odds?

Lee Child is one of the world’s leading thriller writers. He was born in Coventry, raised in Birmingham, and now lives in New York. It is said one of his novels featuring his hero Jack Reacher is sold somewhere in the world every nine seconds. His books consistently achieve the number-one slot on bestseller lists around the world and have sold over one hundred million copies. Two blockbusting Jack Reacher movies have been made so far. He is the recipient of many awards, most recently Author of the Year at the 2019 British Book Awards. He was appointed CBE in the 2019 Queen's Birthday Honours.