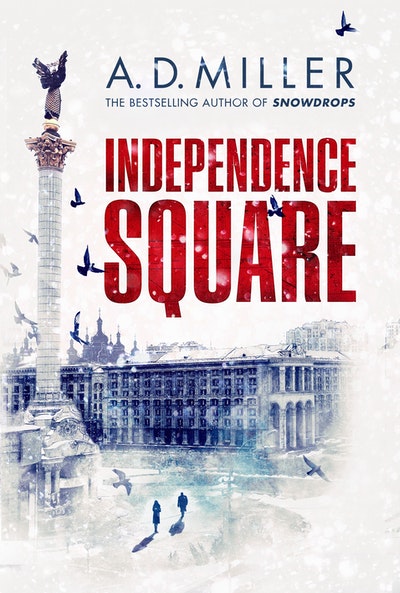 A complex, contemporary political thriller from the bestselling author of Booker-shortlisted Snowdrops

A complex, contemporary political thriller from the bestselling author of Booker-shortlisted Snowdrops

Twelve years ago, Simon Davey prevented a tragedy, and ruined his own life.

Once a senior British diplomat in Kiev, he lost everything after a lurid scandal. Back in London, still struggling with the aftermath of his disgrace, he is travelling on the Tube when he sees her .

Olesya is the woman Simon holds responsible for his downfall. He first met her on an icy night during the protests on Independence Square. Full of hope and idealism, Olesya could not know what a crucial role she would play in the dangerous times ahead, and in Simon's fate. Or what compromises she would have to make to protect her family.

When Simon decides to follow Olesya, he finds himself plunged back into the dramatic days which changed his life forever. Independence Square is a story of ordinary people caught up in extraordinary times. It is a story about corruption and personal and political betrayals. It is a story about where, in the twenty-first century, power really lies.

'A tremendous novel - taut, compelling, reeking of authenticity. A.D. Miller writes with exemplary precision and sophistication. Independence Square is an unsparing examination of human beings caught up in historical forces they can barely comprehend.' William Boyd

A.D. Miller is the author of Snowdrops, The Earl of Petticoat Lane and The Faithful Couple. Snowdrops was a bestseller and was shortlisted for many prizes including the Man Booker and the CWA Gold Dagger. It was translated into 25 languages. As Moscow Correspondent of The Economist A.D. Miller has travelled across the former Soviet Union and covered the Orange Revolution in Ukraine; he is now the magazine’s Culture Editor based in London. 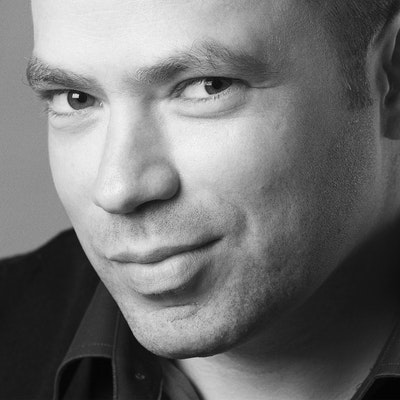 Utterly gripping, a novel with its finger on the pulse of geopolitics that still manages to move deeply.

At its best, Independence Square made me think of a 21st-century Graham Greene novel, an absorbing thriller informed by emotional intelligence and a deep understanding of geopolitics.

Miller’s gripping novel, about truth, lies and power is a searing indictment of our times...a book about dirty money and the manipulation of politics, about a world where anything is possible and where even a war can be ‘hallucinated into reality’. And it is about power... This, then, is a story not about a revolution in Eastern Europe but about the way we live now.

A tremendous novel - taut, compelling, reeking of authenticity. A.D. Miller writes with exemplary precision and sophistication. Independence Square is an unsparing examination of human beings caught up and destroyed by historical forces they can barely comprehend.

Miller writes terse, memorable prose with well sketched characters...the historic action has the tone of a spy thriller and the 2017 part is filled with tense personal drama.

A captivating study of corruption, betrayal and the abuse of power...intricately structured and thick with intrigue and suspense...Only at the end, after piecing together each segment of the story, does the reader get the full devastating picture...a vivid and highly charged tale of misplaced trust and tarnished dreams.

A.D. Miller recreates the heady days of the Orange Revolution in evocative detail. As Davey gradually unpicks his past, unexpected shifts in perspective add depth and tension.

Miller conveys a rich understanding of the calculus of protest. Beneath the simplistic summaries on the mainstream news, Miller spins the chaotic exuberance of the scene. The novel’s greater tragedy extends out to the world Davey once thought he could guide toward nobility and fairness.

A. D. Miller has woven an intriguing, evocative tale of betrayal, revolution and heartbreak. In subtle, sinuous prose, he shows us a man haunted by a fateful mistake - and shows us how even the most noble political moments turn on dark secrets and human frailties. After his magnificent debut, Snowdrops, expectations were high for Miller: with Independence Square he delivers handsomely.

The novel’s motor is the reader’s hunger to find out how Davey’s life, once so gilded, could crash so badly. [A] fine new novel…[Miller’s] story lingers long after the last page

Miller conjures up characters who say much more than the words they use. This is a skilled, moving and saddening account of the waste of human potential and the brutality that often comes with the acquisition and retention of colossal amounts of money.

I loved this beautiful novel. It's a supremely timely story of deeply-rooted corruption, but also of idealism and longing for freedom. I found it very powerful and profoundly moving

Miller is the real deal

An intriguing situation... Miller develops it with verve and elegance. Whether he is capturing the churning crowds in Kiev or the sleepier rhythms of London in August, he always has interesting insights to offer.

Miller transports readers to the Orange Revolution. Readers will find much to savor in the complex machinations Miller expertly creates.

A tightly focused, cat-and-mouse story about idealism, hubris and the relative nature of geopolitical truth