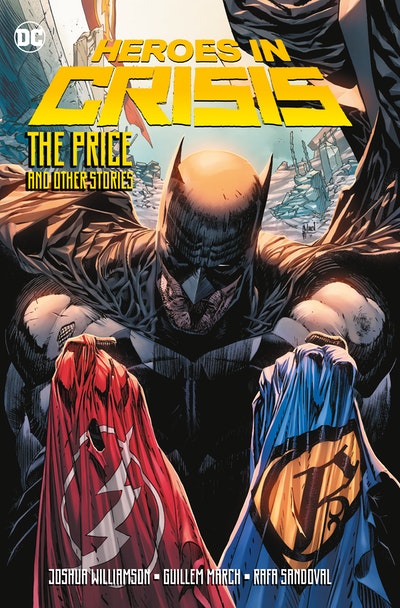 Heroes in Crisis The Price and Other Stories

Tom King's event of the year - Heroes in Crisis - has rocked the DC heroes to their core. While the events at Sanctuary play out in Heroes in Crisis (now available in a collected Hard Cover edition), Batman and the Flash work together behind the scenes to solve a mystery surrounding the death of Wally West. But can they solve the case before turning on each other?

An old case has reopened, and it's up to the DCU's top detectives to solve it! Gotham Girl is missing, and it will take both Batman and The Flash working together to find out where she's gone ... and if she has anything to do with the horrifying events at Sanctuary.