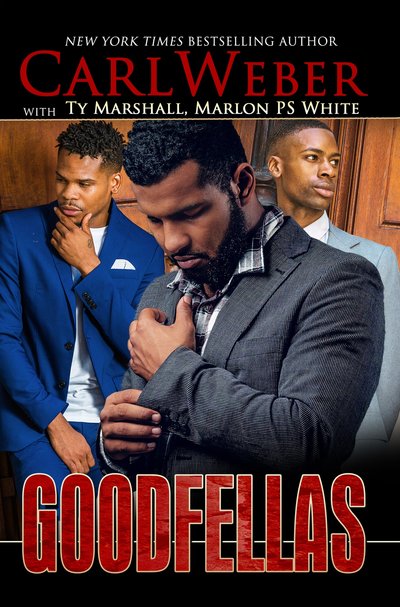 “Sibling Rivalry” by Carl Weber: They say the parent’s sins always fall into the children’s laps. Twins Kayden and Jayden Vincent have walked in their father’s kingpin shadow as two princes fighting for the same throne since they were children. Now, finally at the age where the transition is inevitable, it seems as if the twins are going head to head when it comes to everything around them. What they don’t know is that the crown they are fighting for comes with its own burdens—like a past the kingpin forgot to tell them about. It’s a past that, if not dealt with, will leave both men without an empire to inherit.

“Love Seldom, Trust Never” by Ty Marshall: While attending his estranged father’s funeral, East is approached by the legendary Ricardo Wheeler, who offers him the opportunity of a lifetime. Wheeler takes the young man under his wing, but when Wheeler’s son and heir-in-waiting becomes jealous, his excessive ambition and quest for power lead to betrayal. A treacherous war is set in motion that will force the powerful legend to choose between his two sons. Anything built on a lie will eventually crumble. When no one and nothing are what they seem, who can you trust?

“The Bag Is In” by Marlon PS White: Slow grinding for years, Greedy and GiGi are ready to step up their game, with a thirst to be Detroit’s King and Queen of the Trap. The struggle is real, but the payoff will be major. After cashing out their middleman up front, the couple’s hood dream tragically turns into a nightmare. The middleman is popped, and the infamous Mexican pipeline is broken. Greedy and GiGi devise a seemingly flawless plan to not only recoup their invested cash, but to link up with one of the most notorious cartels across the border. What seems like sunshine quickly turns to rain, however, and chaos erupts.