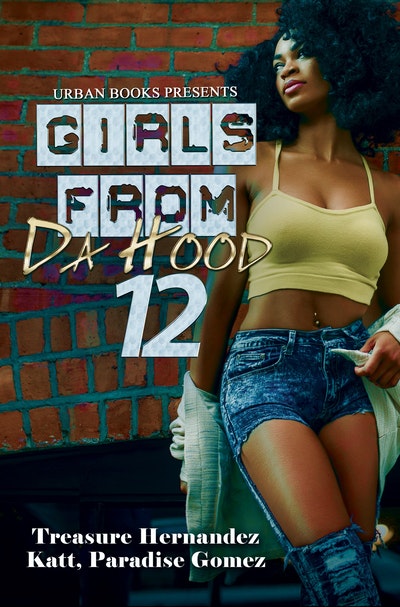 “Short Stacks” by Treasure Hernandez: Honey has been working them streets for El-Jihad, selling his wares and keeping up her end of the bargain. He warned it was “three strikes and you’re out,” and she has already come up short twice. Now battered and bruised, Honey is laid up in the hospital, minus her product and the money. Twenty thousand dollars in the hole, Honey needs to make moves and come up with El-Jihad’s money by the end of the month or come up dead.

“Street Life Johnny’s in Love” by Katt: Strawberry has been a rather lucrative ho for Larry “Sir” Smalls; however, she’s been at it for a minute, and time is starting to have an effect on her mind and body. Strawberry wants to get off the mean streets, and she has one john who just may make it happen. Will Sir let her go without a fight?

“Payback” by Paradise Gomez: Jackie spent fifteen years in the state pen for stabbing the fool that had the audacity to put his hands on her. Now she’s home, trying to turn her life around, but it’s hard to get job as a violent ex-con. Jackie goes back to the streets to make that money and soon discovers that the block has changed since she’s been gone. The young guns don’t care who they put their hands on. Now swollen and out for revenge, will Jackie resort to the same violence that got her locked up, or can her family show her a new way out?