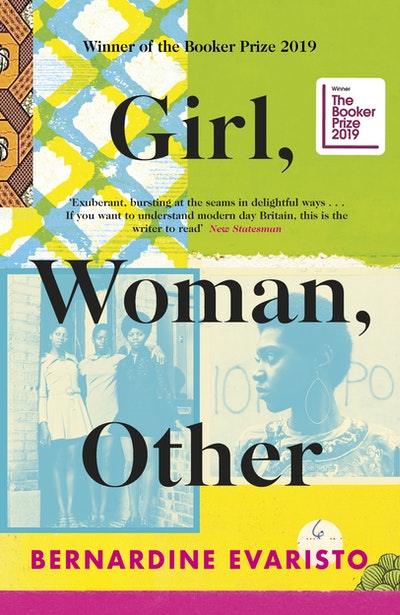 is walking along the promenade of the waterway that bisects her city, a few early morning barges cruise slowly by to her left is the nautical-themed footbridge with its deck-like walkway and sailing mast pylons

she feels the sun begin to rise, the air still breezy before the city clogs up with heat and fumes

a violinist plays something suitably uplifting further along the promenade

Amma’s play, The Last Amazon of Dahomey, opens at the National tonight

she thinks back to when she started out in theatre

when she and her running mate, Dominique, developed a reputation for heckling shows that offended their political sensibilities

they believed in protest that was public, disruptive and downright annoying to those at the other end of it

before doing a runner into the backstreets of Hammersmith

Amma then spent decades on the fringe, a renegade lobbing hand grenades at the establishment that excluded her

after so long hearing a polite no from her predecessors, she received a phone call just after breakfast one Monday morning when her life stretched emptily ahead with only online television dramas to look forward to

love the script, must do it, will you also direct it for us? I know it’s short notice, but are you free for coffee this week at all?

years ago she expected to be evicted as soon as she dared walk through its doors, a time when people really did wear their smartest clothes to go to the theatre

she wants people to bring their curiosity to her plays, doesn’t give a damn what they wear, has her own sod-you style, anyway, which has evolved, it’s true, away from the clichéd denim dungarees, Che Guevara beret, PLO scarf and ever- present badge of two interlocked female symbols (talk about wearing your heart on your sleeve, girl)

these days she wears silver or gold trainers in winter, failsafe Birkies in summer

winter, it’s black slacks, either baggy or tight depending on whether she’s a size 12 or 14 that week (a size smaller on top)

winter, it’s bright asymmetric shirts, jumpers, jackets, coats year- round her peroxide dreadlocks are trained to stick up like candles on a birthday cake

recently described her style as ‘a mad old woman look, Mum’, pleads with her to shop in Marks & Spencer like normal mothers, refuses to be spotted alongside her when they’re supposed to be walking down the street together

Yazz knows full well that Amma will always be anything but normal, and as she’s in her fifties, she’s not old yet, although try telling that to a nineteen-year-old; in any case, ageing is nothing to be ashamed of

especially when the entire human race is in it together

because it’s such a privilege to not die prematurely, she tells them as the night draws in around her kitchen table in her cosy terraced house in Brixton

as they get stuck into the dishes each one has brought: chickpea stew, jerk chicken, Greek salad, lentil curry, roasted vegetables, Moroccan lamb, saffron rice, beetroot and kale salad, jollof quinoa and gluten-free pasta for the really irritating fusspots

as they pour themselves glasses of wine, vodka (fewer calories), or something more liver-friendly if under doctor’s orders

she expects them to approve of her bucking the trend of middle-aged moaning; instead she gets bemused smiles and what about arthritic flare-ups, memory loss and hot sweats?

she smiles with encouragement at the girl, who responds in kind

she fishes out a few coins, places them in the violin case

she isn’t ready to forgo cigarettes so leans on the riverside wall and lights one, hates herself for it

the adverts told her generation it would make them appear grownup, glamorous, powerful, clever, desirable and above all, cool

no one told them it would actually make them dead

forty years of first nights and she’s still bricking it

what if she’s slated by the critics? dismissed with a consensus of one-star reviews, what was the great National thinking allowing this rubbishy impostor into the building?

of course she knows she’s not an impostor, she’s written fifteen plays and directed over forty, and as a critic once wrote, Amma Bonsu is a safe pair of hands who’s known to pull off risks

what if the preview audiences who gave standing ovations were just being kind?

she’s got a fantastic cast: six older actresses (seen-it-all vets), six mid-careerists (survivors-so-far) and three fresh faces (naïve hopefuls), one of whom, the talented Simone, will wander in bleary-eyed to rehearsals, having forgotten to unplug the iron, turn off the stove or close her bedroom window and will waste precious rehearsal time phoning her flatmates in a panic

a couple of months ago she’d have sold her grandmother into slavery to get this job, now she’s a spoilt little prima donna who ordered her director to pop out and fetch her a caramel latte a couple of weeks ago when it was just the two of them in a rehearsal room

I’m so exhausted, Simone whinged, implying it was all Amma’s fault for making her work so hard

needless to say, she dealt with Little Miss Simone Stevenson in the moment

Little Miss Stevenson – who thinks that because she’s landed at the National straight out of drama school, she’s one step away from conquering Hollywood

at times like these Amma misses Dominique, who long ago absconded to America

they should be sharing her breakthrough career moment together

they met in the eighties at an audition for a feature film set in a women’s prison (what else?)

both were disillusioned at being put up for parts such as a slave, servant, prostitute, nanny or crim

and still not getting the job

look at me? Dominique said, and Amma did, there was nothing subservient, maternal or criminal about her

she was über-cool, totally gorgeous, taller than most women, thinner than most women, with cut-glass cheekbones and smoky eyes with thick black lashes that literally cast a shadow on her face she wore leathers, kept her hair short except for a black fringe swept to one side, and rode about town on a battered old butcher’s bike chained up outside

can’t they see I’m a living goddess? Dominique shouted with a flamboyant gesture, flicking her fringe, adopting a sultry pose as heads turned

Amma was shorter, with African hips and thighs

whereupon she walked right back out again

she said there were, called him ignorant before also leaving the room and in her case, slamming the door

and they’d both be pretty unemployable once news got around

Dominique was born in the St Pauls area of Bristol to an Afro-Guyanese mother, Cecilia, who tracked her lineage back to slavery, and an Indo-Guyanese father, Wintley, whose ancestors were indentured labourers from Calcutta

the oldest of ten children who all looked more black than Asian and identified as such, especially as their father could relate to the Afro-Caribbean people he’d grown up with, but not to Indians fresh over from India

Dominique guessed her own sexual preferences from puberty, wisely kept them to herself, unsure how her friends or family would react, not wanting to be a social outcast

she tried boys a couple of times

aged sixteen, aspiring to become an actress, she headed for London where people proudly proclaimed their outsider identities on badges

she slept rough under the Embankment arches and in shop doorways along the Strand, was interviewed by a black housing association where she lied and cried about escaping a father who’d beaten her

the Jamaican housing officer wasn’t impressed, so you got beats, is it?

Dominique escalated her complaint to one of paternal sexual abuse, was given an emergency room in a hostel; eighteen months later, after tearful weekly calls to the housing office, she landed a one-bedroom housing association flat in a small fifties block in Bloomsbury

I did what I had to find a home, she told Amma, not my finest moment, I admit, still, no harm done, as my father will never know