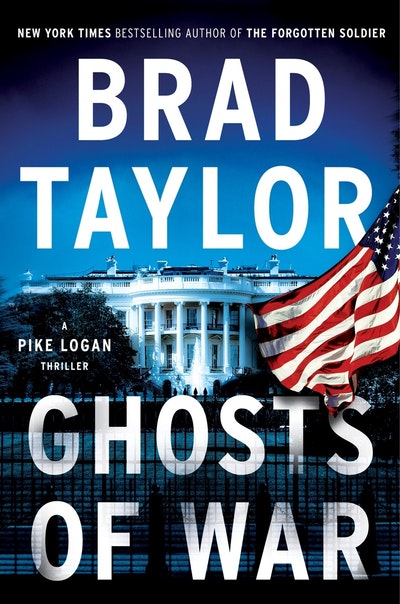 The Taskforce has stopped countless terrorist threats across the globe, operating outside of US law to prevent the death of innocents. But now, along the fault lines of the old Iron Curtain, the danger is far greater than a single attack.

The Taskforce has stopped countless terrorist threats across the globe, operating outside of US law to prevent the death of innocents. But now, along the fault lines of the old Iron Curtain, the danger is far greater than a single attack. With Russia expanding its influence from Syria to the Baltic States, the Taskforce is placed on stand-down because of the actions of one rogue operator.

Meanwhile, Pike Logan and Jennifer Cahill travel to Poland, hired to verify artifacts hidden for decades in a fabled Nazi gold train, only to find themselves caught amid growing tensions between East and West. A Russian incursion into Belarus under the facade of self-defense is trumped by a horrific attack against the United States, driving NATO to mobilize even as it tries to determine who is behind the strike.

On the brink of war, Pike and Jennifer discover that there is a separate agenda in play, one determined to force a showdown between NATO and Russia. With time running out, and America demanding vengeance, Pike and Jennifer race to unravel the mystery before a point of no return is reached. Unbeknownst to them, there is another attack on the way.

One that will guarantee World War III.

Praise for Brad Taylor and his novels

Praise for Ghosts Of War

Readers of novels set in the world of Special Forces have many choices, but Taylor is one of the best

Fresh plot, great action, and Taylor clearly knows what he is writing about . . . When it comes to tactics and hardware he is spot-on

Vince Flynn, on All Necessary Force

The Insider Threat has nonstop action, and a very realistic plot. As with Tom Clancy novels he is able to write about serious dangers in a very suspenseful and intense way. Through well-defined characters and dialogue this novel is a page-turner that is a must read

Booklist on No Fortunate Son