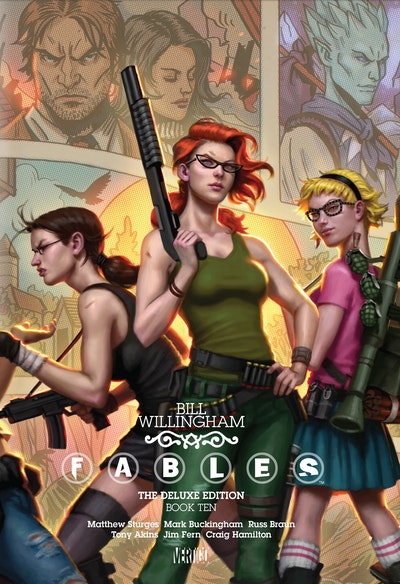 The exiled Jack of Fables reappears as the entire Fables world is threatened by the Literals - beings who could wipe out any Fable with a single penstroke. In a story that sweeps across FABLES, the spin-off series JACK OF FABLES, and the miniseries THE LITERALS, the very existence of the Fables is threatened by The Literals, who just don't like their messy, mythical lives. Plus, in the original graphic novel FABLES: WEREWOLVES OF THE HEARTLAND, Bigby Wolf goes on a quest to find a new location for Fabletown, only to find a village populated by werewolves -- but do they see Bigby as a hero or a threat?

Bill Willingham's Eisner Award-winning, New York times best-selling series comes to the deluxe hardcover format here in FABLES: THE DELUXE EDITION BOOK TEN in one of the most epic storylines in the series' long history.

This deluxe edition collects FABLES #77-82, backup stories from FABLES #83-85, THE LITERALS #1-3, JACK OF FABLES #33-35, and the original graphic novel FABLES: WEREWOLVES OF THE HEARTLAND.

Bill Willingham has been writing, and sometimes drawing, comics for more than twenty years During that time he's had work published by nearly every comics publisher in the business and he's written many critically-acclaimed comic book series, including Elementals, FABLES, JACK OF FABLES, ROBIN, SHADOWPACT and SALVATION RUN. A multiple winner of the Eisner Award, Willingham has also been nominated for the International Horror Guild award; Bill lives somewhere near a good poker room. 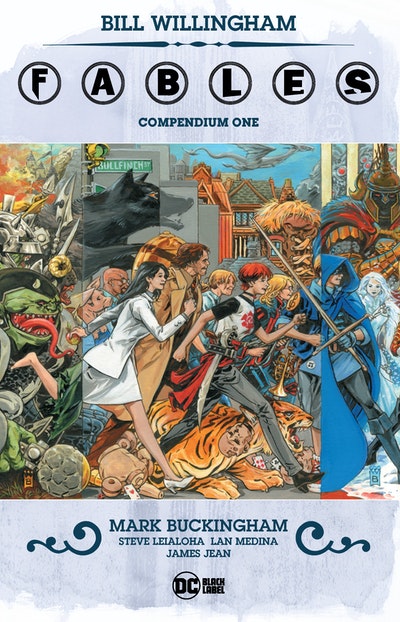 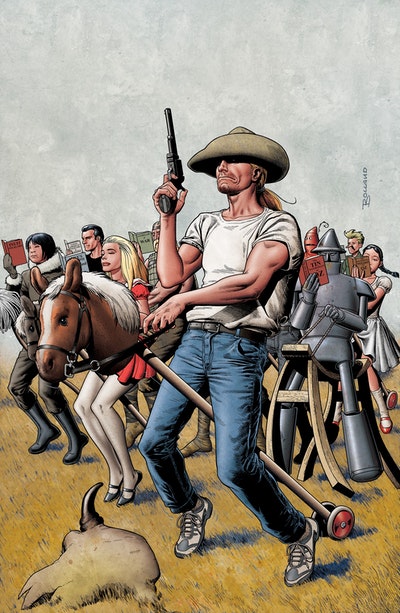 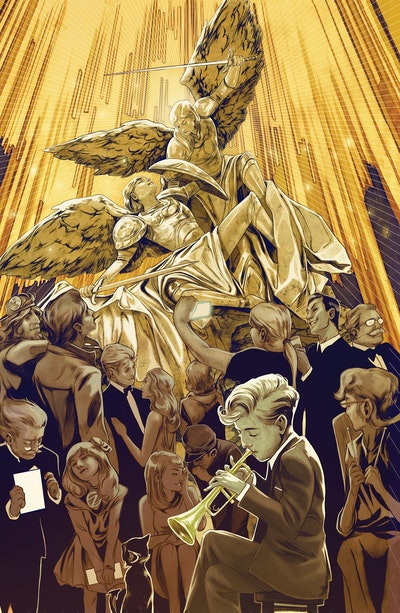 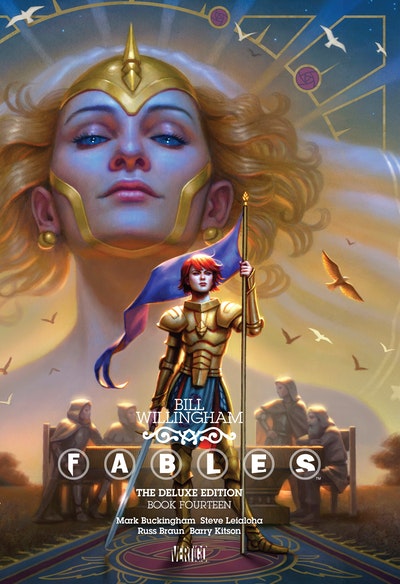 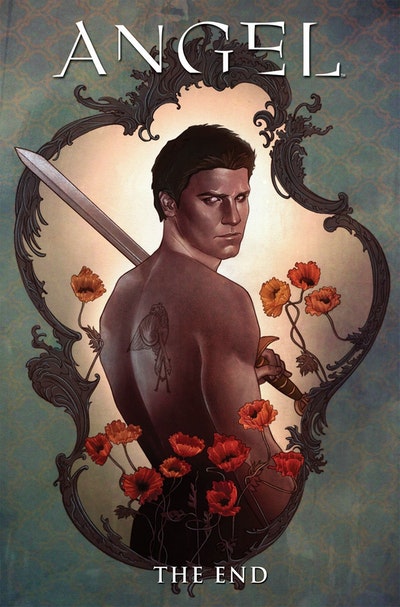 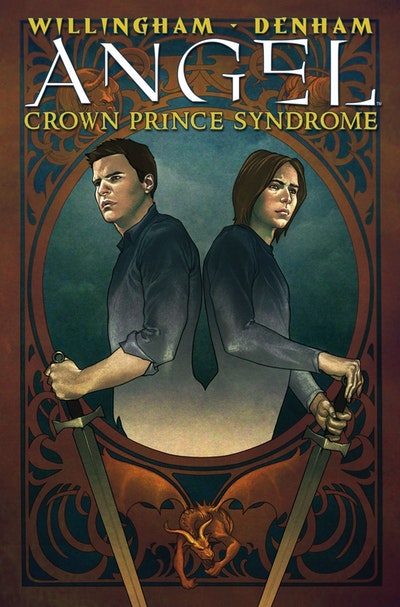 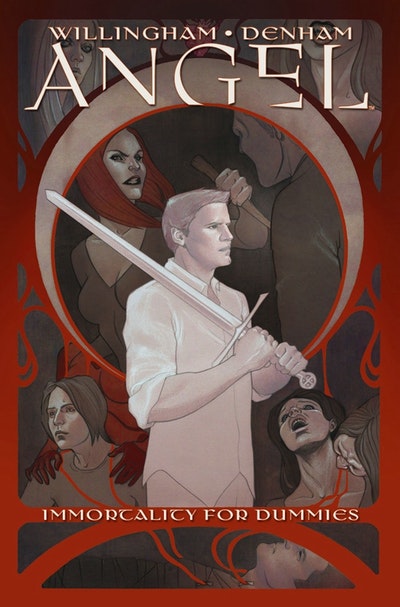 "[A] wonderfully twisted concept. . . . features fairy tale characters banished to the nourish world of present-day New York."--WASHINGTON POST "Spellbinding epic."--BOOKLIST "Clever, enjoyable . . . an excellent series in the tradition of SANDMAN, one that rewards careful attention and loyalty."--PUBLISHERS WEEKLY "One of the best damn series ever written." -- AIN'T IT COOL NEWS