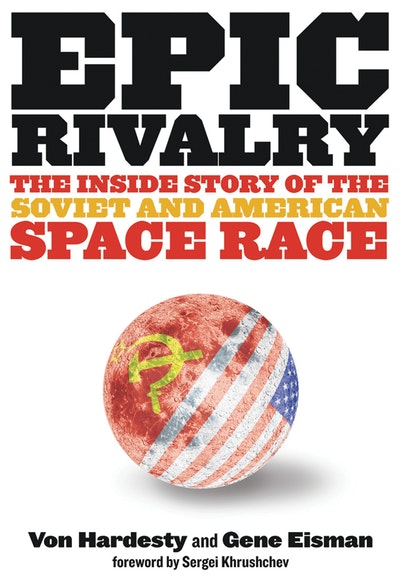 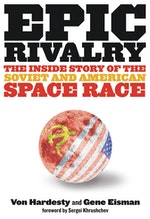 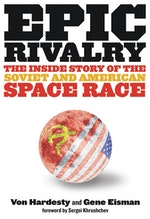 The extraordinary saga that gripped the United States and Soviet Union during the Cold War—galvanized by the Sputnik launch in 1957, and culminated by Neil Armstrong and Buzz Aldrin walking on the moon in 1969—is chronicled in this uniquely balanced history. With a foreword written by the grandson of Soviet premier Nikita Khrushchev, Sergei Khrushchev, this lively and compelling account offers behind-the-scenes perspective from both sides.

Written by Smithsonian curator Von Hardesty and researcher Gene Eisman, Epic Rivalry tells the story from the American and Russian points f view and shows how each space-faring nation played a vital role in stimulating the work of the other. Scores of rare and powerful photographs recall the urgency, technical creativity, tense drama, and "parallel universes" of the two nations and their space exploration programs.

Von Hardesty is the author of Air Force One; Lindbergh: Flight’s Enigmatic Hero; and Red Phoenix: The Rise of Soviet Air Power,1941–1945, among many other publications. He is a curator at the Smithsonian National Air and Space Museum. Gene Eisman is a veteran journalist and was the researcher for Air Force One.