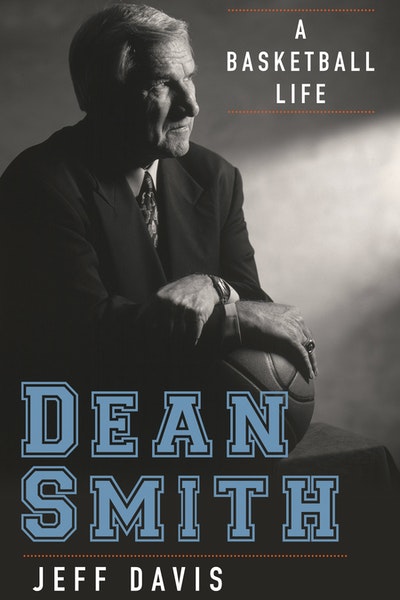 "Other than my parents, no one had a bigger influence on my life than Coach Smith. He was more than a coach—he was my mentor, my teacher, my second father. Coach was always there for me whenever I needed him and I loved him for it. In teaching me the game of basketball, he taught me about life." —Michael Jordan Former University of North Carolina men’s basketball coach Dean Smith was one of the most successful coaches ever to hold a whistle. In his 36 years at North Carolina, his teams won a record 879 games. They also captured 17 conference championships and two NCAA championships, claimed 30 seasons with at least 20 wins, and made 11 Final Four appearances. Coach Smith developed 26 consensus All-Americans, five NBA rookies of the year (including the great Michael Jordan), and 25 first-round draft picks. But Smith’s basketball accomplishments tell only part of his story. You may not know that Smith worked to abolish the death penalty in North Carolina and openly supported gay rights. As a high school senior in 1949, five years before the Supreme Court’s historic ruling in Brown vs. Board of Education, he pleaded in vain with officials to include African-American players on the school’s basketball team. Sixteen years later, after completing his fourth season as the head coach at North Carolina, Smith ventured to New York City and came back to Chapel Hill with Charlie Scott, the most significant recruit of his tenure. Scott became the school’s first African-American scholarship recipient. Smith had successfully integrated major college basketball in the South. Smith passed away in February 2015, and Dean Smith: A Basketball Life takes stock of this extraordinary man whose ideas and philosophies have shaped the best of what college basketball has been and should aspire to be in the future. In this revealing biography, author Jeff Davis calls on the reminiscences of Coach Smith’s closest friends and associates, former players, coaches, and rivals, and a wealth of secondary sources, to render a rich and vivid portrait of this towering figure of 20th-century American sports.