The first full biography of a neglected genius and one of the great Modernists, lavishly illustrated in colour throughout

The first full biography of a neglected genius and one of the great Modernists, lavishly illustrated in colour throughout

As a poet, visual artist and essayist, David Jones is one of the great Modernists. The variety of his gifts reminds us of Blake - though he is a better poet and a greater all-round artist. Jones was an extraordinary engraver, painter and creator of painted inscriptions, but he also belongs in the first rank of twentieth-century poets.

Though he was admired by some of the finest cultural figures of the twentieth century, David Jones is not known or celebrated in the way that Eliot, Beckett or Joyce have been. His work was occasionally as difficult as theirs, but it is just as rewarding - and more various. He is overlooked because his best writing is imbedded in two book-length prose-poems - In Parenthesis and The Anathemata, making it difficult to anthologise; the work is informed by his Catholic faith and so may feel unfashionable in this secular age; he was a shy, reclusive man, psychologically damaged by his time in the trenches, and loathed any kind of self-promotion. Mostly, though, he was a complete and original poet-artist - sui generis, impossible to pigeon-hole - and that has led to the neglect of David Jones: a true genius and the great lost Modernist.

Thomas Dilworth is the pre-eminent reader and interpreter of the work of David Jones and has published extensively on the subject. His books include The Shape of Meaning in the Poetry of David Jones, Reading David Jonesand David Jones in the Great War. He is the editor of Jones’s illustrated Rime of the Ancient Mariner, Jones’s Wedding Poems and Inner Necessities, the Letters of David Jones to Desmond Chute. 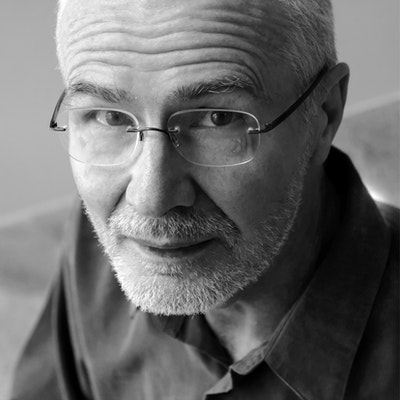 A gorgeous addition to the growing interest in David Jones, lavishly illustrated with his dreamy engravings and watercolours… Dilworth’s meticulous, richly detailed biography is the perfect introduction to a notoriously difficult poet and a painter with a lightness of touch to stand beside Marc Chagall and Raoul Dufy.

Pretty well the perfect biography. It does justice to an artist who has been quite unaccountably overlooked by posterity; perhaps being a genius in several modes – painting, engraving, poetry – confuses critics… A wonderful life.

It is lavishly illustrated and wonderfully well written.

Thomas Dilworth, the leading scholar of Jones’s work, has already devoted several books to re-establishing his genius. Now, David Jones: Engraver, Soldier, Painter, Poet – a biography 30 years in the making – offers the fullest portrait we are ever likely to have. Thanks to Dilworth’s fastidious attention to detail (a quality he shares with his subject), it is an enormously absorbing read, full of the curious life of the imagination and the colour-tinting of anecdote.

This biography is a landmark. It would be good if it stirred an interest not only in Jones as an artist and poet, but in the questions he faced about modernity: what happens to art in a culture where each thing is no more than itself, or its market price?

This first full biography is most welcome… Dilworth’s narrative sympathetically illuminates the workings of a troubled, original mind, its interplay with mid-20th century English intellectual life, and its continuing resonance… Dilworth’s portrayal of a man for whom every object evoked meaning, usually anxiety, is affecting, sometimes comic… A mostly inner life… whose turbulence Dilworth describes with sensitive nuance.

Thomas Dilworth is the leading Jones scholar… Beautifully produced and sumptuously illustrated, this admiring biography eclipses in its thoroughness, previous accounts of Jones’s life, and its accumulation of detail, ranging from the make of Jones’s underpants (Jaeger) to the precise dimensions of rooms he lodged in, is unlikely to be surpassed.

A major biography… Dilworth is a brilliant describer and analyst of the art; his descriptions would make individual works vivid to the reader even if they weren’t reproduced in this richly illustrated book.

Thomas Dilworth’s biography is the work of a lifetime. It has been worth waiting for… Once bitten by the Jones enthusiasm, the reader will find everything of interest. No detail is too trivial… Apart from his great skill in expounding the poetry, and his intuitive knowledge and love of the visual art, Dilworth is memorably intelligent and sensitive in describing Jones’s many intense and emotional relationships with women… [A] wonderful book.

This sense of a man unmoored in time is richly explored by Thomas Dilworth in his new biography… He is an expert teaser of meaning from Jones’s elusive, allusive art… There was something other-worldly about Jones and Dilworth draws out his oddness and visionary intelligence in this moving biography.

Those interested in Jones’s art (his dreamy watercolours, his masterly engravings), or in his singular poetry (the great work is In Parenthesis, a modernist epic inspired by his experiences in the trenches that T. S. Eliot regarded as a masterpiece), will not be disappointed with the careful, delicate way Dilworth connects them to his confounding story. But the real joy of this book is not analytic. It is that it makes Jones so vivid. Sweet, eccentric and unexpectedly comical, there are moments when it is almost as if you can smell him.

David Jones? To Stravinsky he was “a writer of genius,” and Kenneth Clarke once called him the best modern painter… Thomas Dilworth‘s new biography, David Jones: Engraver, Soldier, Painter, Poet provides an excellent introduction to this multitalented creator’s life and imagination… While his life was hard and never entirely free of post-traumatic stress disorder, David Jones now has – thanks to Thomas Dilworth – a biography worthy of his originality and genius.

This long-considered life, condensed from a much larger work available online, fleshes out with sympathy the subtleties of character and full creative range of a rare and distinguished man.

It’s ever so rarely you get a perfect biography, a marvelous match of subject and writer – but Thomas Dilworth’s biography of David Jones is just that. It’s not just a full account of a man but a compelling argument as to why Jones should be admired by us as he was by his contemporaries… Jones never trusted biographers who were too prolific, who didn’t live the life of their subject: well, Thomas Dilworth has done just that.

I would like to have done anything as good as David Jones has done.

Of major importance...One of the most distinguished writers of my generation.

A writer of genius.

I admire his writing, as also his painting and drawing. I think he is a great poet, and I respond deeply to his work.

The greatest native British poet of the century.

Jones has too long been neglected… This new biography gives us a full portrait of Jones – as man, artist and poet… Well-researched and well-written… Dilworth is also an astute interpreter of Jones’s visual work… His work, especially engravings and inscriptions, which combine different typefaces, languages and spacing, was meant to be a sensory and not solely intellectual experience. As the centenaries of World War I are remembered, it is time to recover Jones’s works of genius and historical imagination.

I was simply in heaven reading this dense and authoritative biography, which is – importantly – lavishly illustrated.

David Jones, described here by his biographer Thomas Dilworth as “the lost great modernist,” has slipped through the floorboards of history… Dilworth traces Jones’s decline in the 1960s and 1970s, but transmutes this chronicle of growing indigence and overlooked genius into an oddly cheering narrative. His love of his subject is both clear and wildly infectious.

Dilworth has long been regarded the leading authority on Jones. He not only brings years of research to this biography but also great depth of understanding. He makes vivid Jones’s life and character.

Dilworth is the acknowledged expert on Jones… It’s clearly a labour of love… The book is lavishly illustrated and Dilworth’s analysis of Jones’ visual art is excellent… Jones is an artist of inexhaustible interest, and it’s wonderful to have a full biography of him at last.

A beautifully produced book, Thomas Dilworth has written the definitive biography of a Catholic artist… Dilworth’s analyses of Jones’ watercolours are especially illuminating.

There is no doubt that Dilworth in this biography brings Jones out of [obscurity], into marvelous light. He is indisputably the leading authority on the poetry… Now that this admirably accessible and illuminating biography has appeared, there should be no more talk of neglect or obscurity.

Thomas Dilworth’s elegant and deeply sympathetic biography David Jones: Engraver, soldier, painter, poet…is the best book yet on the artist and writer whose outstanding prints and paintings and difficult, dense poetry have not yet been assimilated into the mainstream, and, one imagines never will be, even with advocacy as good as this.

[Shows] a depth of thought and feeling lacking in many slicker literary biographies.

Craig Brown, Mail on Sunday, 2017 Books of the Year

Dilworth adopts a chronicle approach, breaking his close-grained account into brief chapters or time sections – wisely, because the hard to track Jones, endlessly on the move, never settled, and is to be found only in the day by day.