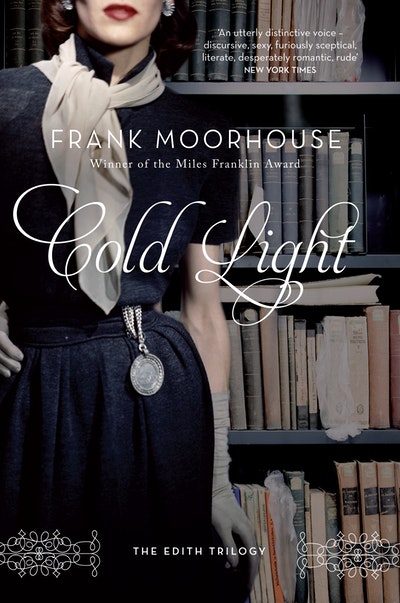 It is 1950, the League of Nations has collapsed and the newly formed United Nations has rejected all those who worked and fought for the League. Edith Campbell Berry, who joined the League in Geneva before the war, is out of a job, her vision shattered. With her sexually unconventional husband, Ambrose, she comes back to Australia to live in Canberra. Edith now has ambitions to become Australia's first female ambassador, but while she waits for a Call from On High, she finds herself caught up in the planning of the national capital and the dream that it should be 'a city like no other'. When her communist brother, Frederick, turns up out of the blue after many years of absence, she becomes concerned that he may jeopardise her chances of becoming a diplomat. It is not a safe time to be a communist in Australia or to be related to one, but she refuses to be cowed by the anti-communist sentiment sweeping the country. It is also not a safe time or place to be 'a wife with a lavender husband'. After pursuing the Bloomsbury life for many years, Edith finds herself fearful of being exposed. Unexpectedly, in mid-life she also realises that she yearns for children. When she meets a man who could offer not only security but a ready-made family, she consults the Book of Crossroads and the answer changes the course of her life. Intelligent, poignant and absorbing, Cold Light is a remarkable stand-alone novel, which can also be read as a companion to the earlier Edith novels Grand Days and Dark Palace. 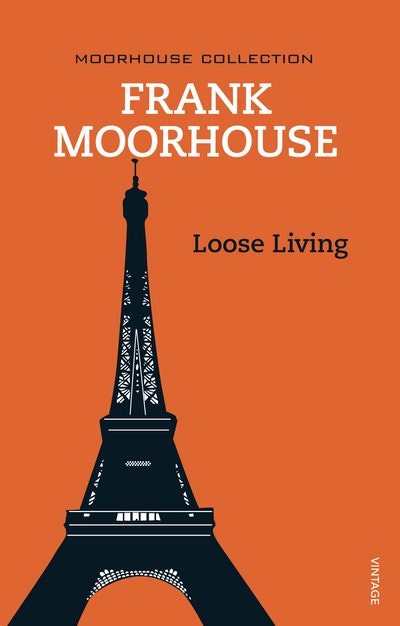 Moorhouse is especially good on the shining promise Canberra once offered. What is especially wonderful is that while so many books tackle single themes, it is life as art that takes the central place here, and many themes wrap around it. Cold Light is a deeply moving, and singular, achievement in our literature.

To write about one's country is like writing about one's family; a hazardous and unreliable business, criss-crossed with deep human reservoirs of love, protectiveness and shame. It is tempting for the voyager in such circumstances to protect himself with mockery or contempt, but you chose a different way; a harder way, and more vulnerable, and infinitely more precious. Thank you for doing it with such love and care, Frank.To write with fondness, rather than contempt, is something I learned from you, and I think it was a valuable lesson. Edith is the sort of character with whom anyone would like to have dinner. She is clever, and principled, and foolish, and vain, and decisive, and fierce, and hopeless, and interested in shoes. We love her and that's that. These three books - Grand Days, Dark Palace and Cold Light - are, together, an extraordinary piece of Australian cultural infrastructure, if you'll permit me the ugly expression. They are built from your hard work and your extraordinary natural gift, and the fact that you did not allow the abundance of the latter to excuse you from the rigours of the former. Thank you, Frank.

Annabel Crabb, from Letter to Frank at the launch of Cold Light

Moorhouse is writing about diplomacy in the political, social and personal spheres. The book is a delicious re-imagination of the period, populated by real-life characters such as Robert Menzies, Gough Whitlam, Harold Holt, Frank Hardy and Ian Turner, and Moorhouse's own characters.

Cold Light is a study in apparent contradictions. A character-driven novel that also features a city - Canberra - as one of its main characters. Storytelling on a grand scale that uses small details (like the significance of desk management) to speak volumes about its characters and setting. A novel that is joyful, devastating, deeply touching, wickedly funny - and smuggles in serious political messages with the entertainment. But of course, life contains all these contradictions too. And that is, above all, what the Edith trilogy is: a nuanced portrait of changing times, as reflected through the life of one woman who lives it as fully as she knows how. With verve and dash and integrity. In Edith Campbell Berry, Frank Moorhouse has arguably created one of the most complex and intriguing women in Australian fiction. It has been a pleasure knowing her.

Like Edith, Cold Light is dutiful, brooding, witty and salacious - and indefatigable. It's Edith's story but Australia's too. And in its daunting scale and civic optimism, Moorhouse's completed trilogy is starting to look like a grand public monument of the kind Edith once imagined furnishing the national capital. It is a truly formidable literary achievement.

Cold Light is a bravura performance. It is a triumph. The sublime ending is among the most poignant and beautiful writing that Moorhouse has produced.

Spending time with Edith is such a privilege. I don't know if I have loved a book more, for a long time.

This novel contains elements of such fundamental storytelling categories as romance, adventure and quest. In the scope and depth with which it explores both the era at the level of international relations and the workings of the inner life in all its tiny nuance and fleeting detail, this novel would be an extraordinary achievement on its own; as the third instalment of the massive project that is 'the Edith Trilogy', it may be unique in the history of Australian fiction.

Moorhouse's writing invites readers - no, it compels us - to think about life, the universe and everything, especially the political and gastronomic 'everything'. The last pages of Cold Light have a dream-like quality to them, and they are amongst the most beautiful and poignant writing that Moorhouse has produced. These days the descriptions 'epic' and 'great' enjoy such indiscriminate use that I hesitate to invoke them here. Except that Moorhouse's 'Edith Trilogy' is a truly epic tale of twentieth-century international diplomacy, and Edith Campbell Berry is one of literature's great characters.

In Cold Light, Moorhouse adds further layers to his complex character. Edith is older, she has suffered disappointment and is searching for direction. Happily, however, she still knows how to have fun, and it was wonderful to spend time with the 'old Edith' in this book: the witty Edith, who excels in verbal sparring, sometimes in Latin; the sexy Edith, who enjoys under-the-table hanky-panky at a dinner party at the Lodge; and the slightly eccentric Edith, whose first task in landing a public service position is to redecorate her office. This is an intelligent, insightful, funny, sexy and sometimes sad conclusion to a wonderful trilogy.

With Cold Light Frank Moorhouse brings home a mighty, 25-year project. Australians love a three-decker novel, but nothing on this scale has been tried in this country for a long, long time. Moorhouse has taken us on a strange voyage through the psyche of Australia. We've laughed. We've cried. We've had our differences. After all these years and pages we know ourselves and our place in the world better. It's no small thing. Cold Light is a fat parcel: a historical novel; a comedy of manners; a bundle of short stories; a novel of conversations; and a vast rumination on the nature of love and sex. A decade can slip by as Edith ponders passion dwindling, step-motherhood and the relative benefits of the communion of minds over bodies. Deeply committed to the former, she never loses hope of the latter. The world may have resisted all her good intentions but along the way the freethinker from Jaspers Brush has earned herself a permanent place in the fiction of her country.

Don't hold back thinking you have to read the first two volumesof the Edith trilogy first. I didn't, and still enjoyed Cold Light, which must rank as a must-read for citizens of Canberra.

‘I approached the reading of COLD LIGHT with some trepidation. Being such a fan of Edith’s has its downsides. Would Edith still be the Edith I imagined? Would she age authentically? Would the next part of her life do her justice? And there she was, back with all her foibles, her charm and insight, her adventure and mistakes. She is so Edith and I was so not disappointed.’

What fictional character would you most like to be? I'd quite like to be Edith Campbell Berry from Frank Moorhouse's Grand Days. She's game for anything, living in the centre of the world, surrounded by passion and idealism and intrigue.