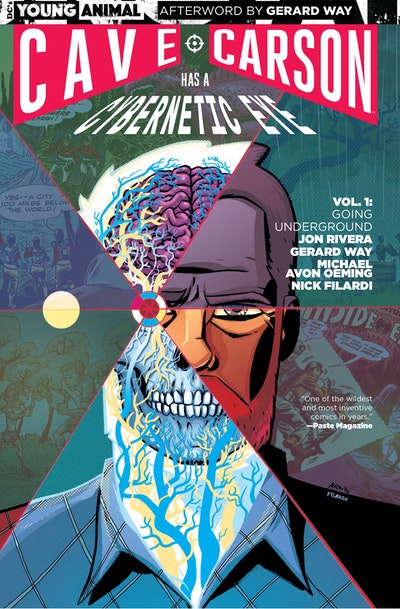 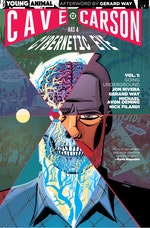 Cave Carson has a cybernetic eye. But you knew that already.
The question is, why was this spelunking adventurer fitted with a bionic implant and what do the visions it's giving him mean?

Before his cybernetic eye started showing Cave Carson a world outside his own, he had retired from his life of exploring the center of the Earth with his wife, Eileen, and they had settled into a comfortable, if not mundane, existence above the surface. That is, until Eileen got sick. Now, newly widowed, a knock on the door of Cave's underground lab has brought him back into the world he thought he left behind, beneath the surface of the Earth.

Co-written by Gerard Way (DOOM PATROL) and Jon Rivera (HEARTBREAK), with stunning art by Michael Avon Oeming (POWERS), this absurdist take on one of DC's more obscure spelunkers explores love and loss, and the line between reality and perception. Collects issues #1-6.

CAVE CARSON HAS A CYBERNETIC EYE is a part of DC's Young Animal--a four-book, grassroots, mature reader imprint, creatively spearheaded by Gerard Way, bridging the gap between the DC Universe and Vertigo, and focusing on the juxtaposition between visual and thematic storytelling. 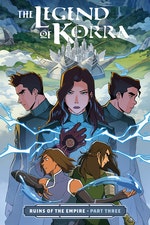