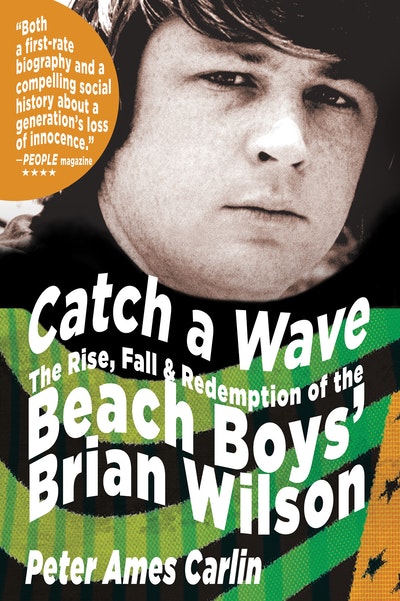 Now the subject of the movie Love & Mercy, starring John Cusack! Brian, Carl, and Dennis Wilson, along with Mike Love and Al Jardine - better known as the Beach Boys, rocketed out of a working-class Los Angeles suburb in the early sixties, and their sun-and-surf sound captured the imagination of kids across the world. In a few short years, they rode the wave all the way to the top, standing with the Beatles as one of the world's biggest bands. Despite their utopian visions, infectious hooks, and stunning harmonies, the Beach Boys were beset by drug abuse, jealousy, and terrifying mental illness. In "Catch a Wave", Peter Ames Carlin pulls back the curtain on Brian Wilson, one of popular music's most revered luminaries, as well as its biggest mystery. Drawing on hundreds of interviews and never-before heard studio recordings, Carlin follows the Beach Boys from their earliest days through Brian's deepening emotional problems to his triumphant re-emergence with the release of Smile, the legendarily unreleased album he had originally shelved.