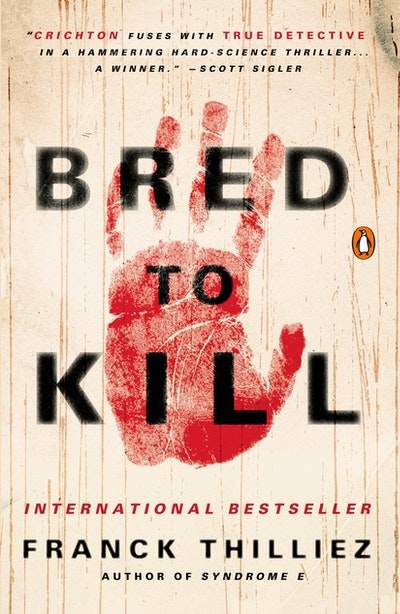 Bred to Kill: A Thriller

“Crichton fuses with True Detective in a hammering hard-science thriller where the heart of darkness lies not in the soul, but in the genes. Thilliez engineers a winner.” —Scott Sigler, New York Times–bestselling author of the Infected trilogy

In the shocking sequel to runaway international bestseller Syndrome E,Lucie Henebelle and Inspector Sharko reunite to investigate the brutal murder of Eva Louts, a promising graduate student who was killed while working at a primate research center outside Paris. But what first appears to be a vicious animal attack soon proves to be something more sinister. What was Eva secretly researching? Could she have been on the track of a crazed trio of scientists attempting to unleash a thirty-thousand-year-old virus into the world?

With his unmatched ability to inject cutting-edge science into his novels, Thilliez draws on genetics, paleontology, and the dark side of human nature to create this smart, adrenaline-fueled thriller. Bred to Kill moves from the rain-slicked streets of Paris to the heart of the Alps to the remote Amazon jungle as Lucie and Sharko work to solve the murder—before whoever killed Eva comes for them.