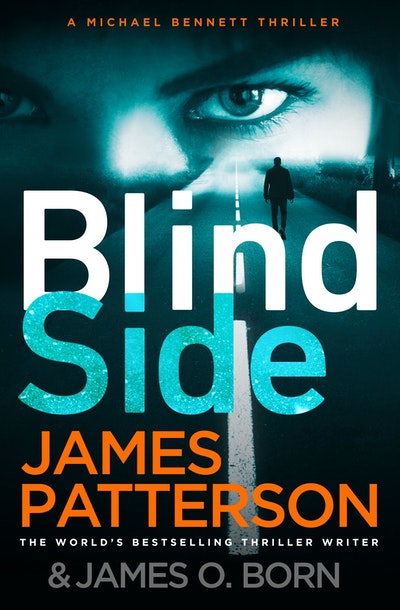 I did everything I could to distract Lucille Evans from noticing the bloody footprint. A responding patrol officer had tracked the blood into the hallway. One look at the scene inside and the veteran needed to run into the street. I didn’t blame him one bit.

The forensics people were in the small, two-bedroom apartment on the third floor of this building on 146th Street near Willis Avenue in the Bronx. The scene was so horrendous that the local detectives had called me to help even though it wasn’t technically considered part of Manhattan North Homicide’s usual territory. Two of the local detectives had lost it. It happens. It’s happened to me over the years. I lost it once at the scene of a murdered girl. Her stepfather had bashed her head in for crying because she was hungry. She reminded me of my own Shawna, staring up through blood splatters. When I heard her stepfather in the other room, talking with detectives, I snapped. It almost felt like another being possessed me. I burst into the room, ready to kill. Only the fact that my partner at the time, Gail Nodding, was as tough as nails and shoved me back out the door had kept me from killing the creep.

Now I considered this bloody scene. Who wouldn’t be affected by the sight of two bodies with bullet wounds in their heads? Large-caliber wounds. Not the usual .38s or 9mms used in the city. The bodies frozen in time. A mother trying to shield her little girl. I wanted to bolt home and hug my own children. But I had work to do.

I had my hands full with the sixty-five-year-old woman who merely wanted to say good-bye to her daughter and granddaughter.

Mrs. Evans tried to push past me to open the simple wooden door with the number 9 hanging upside down. The threadbare industrial carpet didn’t give my feet much traction. My semi-dress Skechers were more for walking comfort than for wrestling.

Mrs. Evans said, “Let me pass, young man. I have to see my babies.” She wasn’t loud. She wasn’t hysterical. She was determined.

I said, “Ma’am, I’m not in charge. But I do have kids. I know loss. You don’t want what you see inside that apartment to be your final memory of your daughter and granddaughter. Please, I swear to God, you’ll get your chance to say good-bye.”

She stared me down as hard as any drug dealer ever had. But I was resolute. I’d already seen the horror behind the door. I wasn’t about to let this elegant, retired teacher see it, too. Her daughter, still in her nurse’s uniform from the Bronx-Lebanon Hospital. The left side of her face missing from a single, devastating gunshot. Lying over her daughter. A nine-year-old with a hole in the side of her head. This time, too, the girl reminded me of my Shawna.

The whole scene had shaken me to the core. Never believe a cop when he or she tells you they’ve seen it all. Nobody ever sees it all.

Mrs. Evans cracked. Tears started to flow. It’d finally hit her with full force. Two of her greatest treasures had been taken from her. Her watery eyes looked up at me again. She simply asked, “Why?”

She started to weep. I put a tentative arm around her. She fell into me and I hugged her. I remembered how I’d felt when Maeve, my wife, died. That was a slow death from cancer. It still tore me to pieces.

This poor woman had been blindsided.

I eased her onto one of the cheap plastic chairs a detective had set up in the apartment’s hallway. A little African American girl peeked out of one of the doorways down the hall. The light at the end of the hall near the stairs flickered.

Why would someone shoot a nurse and her little girl? Why did someone like Mrs. Evans have to suffer through this? How would I hold it all together?

The uniformed captain from the Fortieth Precinct erupted into the hallway from the stairs. I knew the tall captain from my days on patrol. He yelled down the hall to the NYPD officers working diligently, “Let’s move this along, shall we, people?” Then he saw me.

I had just gotten Mrs. Evans seated. A young patrol officer stepped over and offered her a cup of cold water. She was starting to get that glazed look family members have after a murder.

The captain marched toward me and said, “This ain’t Manhattan North. What are you doing here? Trying to steal a stat?”

Sometimes cops embarrass me. Yeah, it’s a job, but it involves people. People with feelings. I kept it professional and said, “Just helping out, Captain Ramirez.”

The captain was almost as tall as me. He wore his dark hair slicked tightly against his scalp. There were definite cliques inside the NYPD. Divisions happen in all large organizations. The simple old Irish-versus-Italian rivalry had given way to a much more complicated system. Ramirez identified strongly with the Hispanic clique and didn’t give a crap if I was Irish, Italian, or black. I wasn’t Hispanic so he didn’t cut me any slack.

The captain barked, “Then help clear this scene. We got shit breaking all over the Bronx. There’s a goddamn protest about the price of housing. In New York. You think they’d realize housing prices are going to be crazy.”

I motioned toward Mrs. Evans, hoping this moron would get the hint. It was a foolish hope.

The captain said, “How much longer will this take?”

I eased us away from Mrs. Evans. When I leaned in close to the captain, I said, “This lady’s daughter and granddaughter are in that apartment. It’ll take as long as it takes. We gotta grab the asshole who did this. Don’t you agree?” I’d spoken very slowly so nothing I said could be misunderstood.

The old-school captain locked me in his gaze. It was nothing compared to Mrs. Evans’s stare down. Then he said, “Okay, hotshot. I’ll get the manpower from somewhere else.”

When I stepped back to Mrs. Evans, she said, “Oh, dear Lord. I have to tell my sons.”

I decided to walk her the two blocks to where they lived. I needed the break.

In a similar apartment to that of their sister and niece, I helped Mrs. Evans break the news to her two adult sons, who both worked for the city and seemed like sharp young men. They took the news like anyone would. They were shocked.

The larger of the men, a good six feet five inches and close to three hundred pounds, started to wail and put his head on his mother’s shoulder. She stroked his neck and spoke to him like she would to a toddler, in a soft, soothing voice. A mom’s power never really diminishes, no matter how big a child grows.

I told them the lead detective would be down to talk to them at some point. They’d have questions about why someone might do this.

The older of the two brothers, a bus mechanic, said, “This is not a bad neighborhood. Not too bad. Who would do something like this?” He had the distant stare of a man in over his head. That’s the way it should be. No one should be used to tragedy like this. Not even a cop.

I gave them a card in case they needed anything. I felt confident Mrs. Evans would be most comfortable if she stayed here with them tonight.

The clear, cloudless skies and afternoon sun did little to lift my spirits. I barely noticed passing cars or the other normal rhythms of the city. I walked with a measured pace, trying to give myself a little time before I went back to the crime scene. All I could see in my head was a mother lying on top of her little girl. The left side of her face a massive hole leaking blood. The apartment a shambles.

No witnesses. No suspects. No hope.

I looked up at the sky and spoke to Maeve. I did that quite a bit. This time I said, “I hate that you saw stuff like this, too. A nurse’s job is harder than a cop’s in some respects. I miss you, Maeve.”

Sometimes I swear I can hear a faint answer. It’s easy and convenient to claim it was the wind or a distant radio. But it happens occasionally. Today I thought I heard, “Love you.” And no one can tell me I didn’t hear it.

I swung into a bodega and grabbed an ice-cold grape Gatorade. I’d briefly considered buying a beer, but they still needed me at the apartment. The radio behind the counter was broadcasting a news brief about the murders. That would attract more curious onlookers. The day was not getting any better.

The clerk looked at me and said, “Tough day?”

“Gatorade is on me.”

I thanked him, more for a quick jolt of humanity. Then dropped two dollars on the scarred and nicked counter before I headed back out.

I was still a block away from the apartment building and the growing crowd of onlookers. I had parked my city-issued Impala over here in case I needed to get away quickly. Experience has taught me that if you park too close to a scene, you can get boxed in.

Suddenly I had an uncontrollable urge to speak to Mary Catherine and the kids. As many of them as I could get on the phone. They were what kept me sane. If I ever needed a connection to my real life, it was right now.

Leaning against my car, I took a swig of the Gatorade and set it on the roof. I fumbled with my phone.

While I considered whether I should call Mary Catherine’s cell or the home phone, someone said, “Let’s make this quick.”

I looked up into the barrel of a pistol.

Detective Michael Bennett is New York's public enemy no. 1. But when the Mayor's daughter goes missing, there's only one cop who can bring her home.