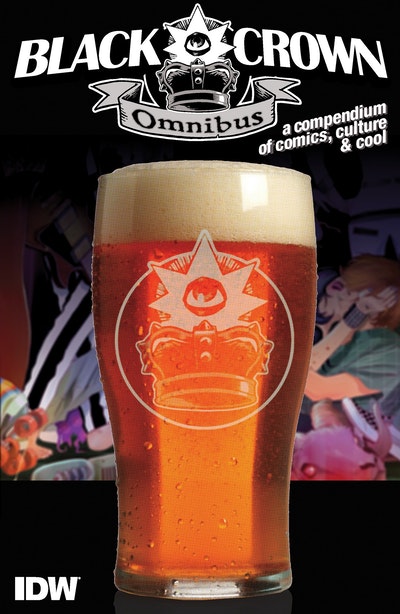 Short comics features, previews, interviews, and essays by the coterie of creators at the Black Crown Pub at the corner of Canon and Great Yarn.

A Compendium of the Black Crown Quarterlies, including:

* "Tales from The Black Crown Pub," the 40-page lead story by award-winning auteur Rob Davis. * "Cud: Rich and Strange," by bandmates/co-writers Will Potter & Carl Puttnam and artist Philip Bond, follows the rise and fall and rise of a Britpop band that should be on your radar! * "House Amok," told from the POV of young twin sisters in a neo-nuclear family on the brink of delirium. Are they possesed by demonic forces or just normal folk who convert an old school bus for a cross-country road trip to save the world one arson/murder/conspiracy theory at a time? From Christopher Sebela and Shawn McManus. * "Bandtwits," a coming-of-age heist story about two slacker 20-somethings in the spirit of Edgar Wright's Baby Driver by young British auteur Jamie Coe.

Regular features include "Hey, Amateur," your guide to how to do anything in nine panels, and "Beat Surrender," wherein creators reveal singular comics and records that bring them to their knees. Bonus! The entire first issue of each of the Black Crown launch titles: Kid Lobotomy by Peter Milligan and Tess Fowler, Assassinistas by Tini Howard and Gilbert Hernandez, and Punks Not Dead by David Barnett and Martin Simmonds 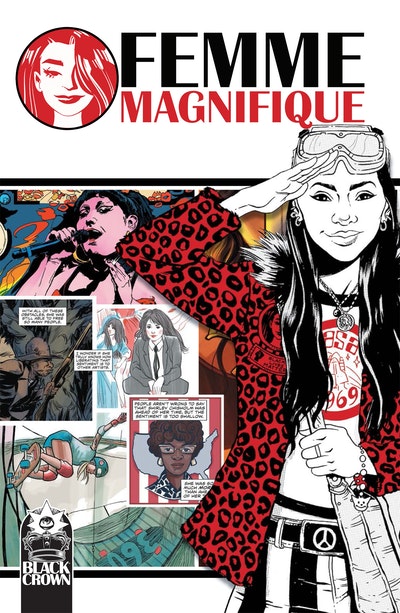