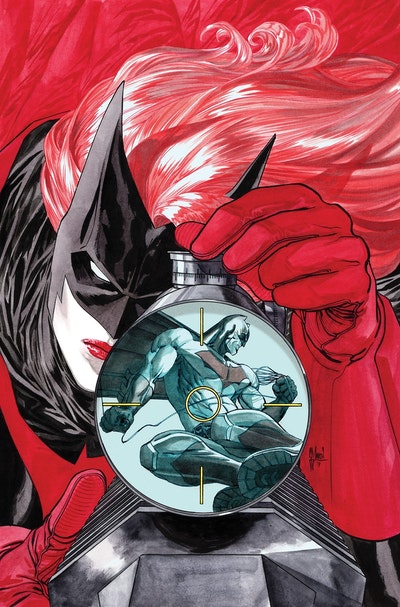 Batman's team of vigilantes is on the verge of destruction from within in the epic new graphic novel BATMAN: DETECTIVE COMICS VOL. 6!

Everyone in Batman's orbit is broken somehow--some more than others. For Clayface, keeping the pieces of his psyche together has been a years long struggle...and it's a war he may be about to lose! And as the team tries to pull itself back together, their enemies have learned something from Batman's newfound spirit of cooperation...and have formed a cabal of their own!

With the Victim Syndicate on the move and Clayface on the edge, the team faces a crossroads--but Batwoman believes she knows the way forward! The question is...does Batman agree?

Praise for Batman - Detective Comics Vol. 6 Fall Of The Batmen

"DETECTIVE COMICS has been one of the absolute stand-out comics from the DC Rebirth." --Comics Alliance "DETECTIVE COMICS is my favorite DC title right now." --io9 "Captivating... truly sets the bar for what an ideal team book should be." --Newsarama