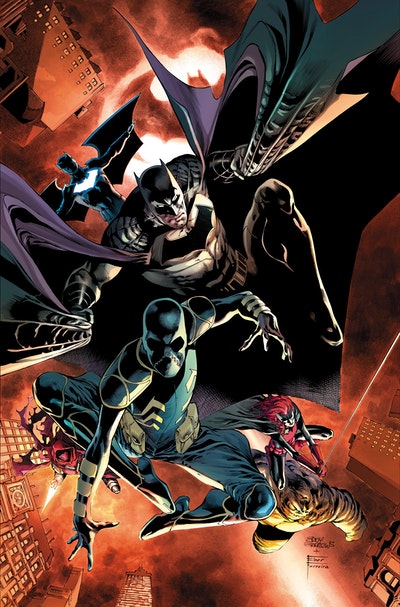 DETECTIVE COMICS is now in hardcover with this Deluxe Edition of volumes 3 and 4 by writer James Tynion IV (BATMAN/TMNT)!

The next wave of volumes from the smash-hit series are now available in one deluxe hardcover in BATMAN: DETECTIVE COMICS: THE REBIRTH COLLECTION DELUXE BOOK 2! Batman and series co-star and fan-favorite hero Batwoman join forces to train new and familiar recruits in the fight to keep Gotham safe from an army of mysterious foes!

"Tynion, Barrows and company have delivered the single strongest book of DC's Rebirth era." --Newsarama "DETECTIVE COMICS has been one of the absolute stand-out comics from the DC Rebirth." --Comics Alliance "DETECTIVE COMICS is my favorite DC title right now." --io9