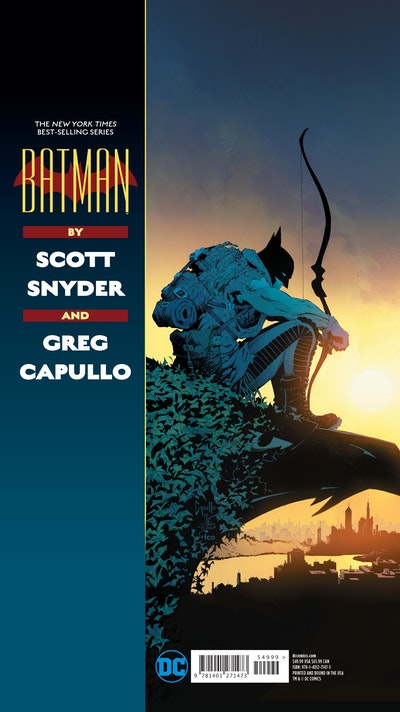 They pitted the Caped Crusader against the clandestine and deadly Court of Owls, they brought the Joker back in one of his most sadistic and complex incarnations ever, and now the best-selling team of Scott Snyder and Greg Capullo take the Dark Knight back to before he was Batman--back to when he was just a man with an idea to save the city he loves. Featured here in the second special edition collecting Snyder and Capullo's epic run are BATMAN VOL. 4: ZERO YEAR - SECRET CITY, BATMAN VOL. 5: ZERO YEAR - DARK CITY and BATMAN VOL. 6: GRAVEYARD SHIFT, which explores what happens to Bruce Wayne after the death of his son, Damian. The perfect addition to any hardcore fan's collection, as well as a great jumping-on point, this boxed set continues one of the greatest comic book runs of all time.