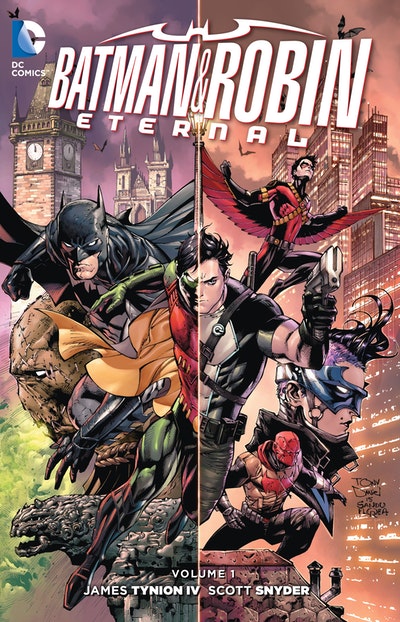 Bruce Wayne may no longer be Batman, but his legacy lives on. When an assassin begins targeting all of Batman’s past partners, the former Robins must join forces to untangle a mystery that stretches back to the early days of the Dark Knight’s career.

Years ago, Batman encountered a human trafficker known as Mother. Then-Robin Dick Grayson knew nothing of it at the time, but the case was much more complex than he could have ever imagined. Now, without Bruce to guide them, a grown-up Grayson and his allies must rely on the help of the silent, mysterious Cassandra Cain to pick up the trail and stop Mother’s deadly plans.

But with Mother’s army of sleeper agents all around, they can’t trust anyone—even each other!Collects BATMAN AND ROBIN ETERNAL #1-13.