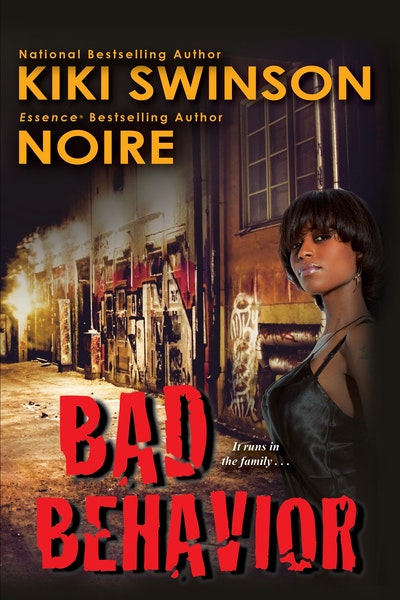 Essence® bestselling authors Kiki Swinson and Noire are at the top of their game, consistently delivering pulse-pounding street lit. Joining forces, they create an irresistable thrill ride for fans of gritty, sexy novels

NINE LIVES
KIKI SWINSON
Wild-card Aiden. Dead-shot Ava. Efficient, fast, and brutal, this notorious brother-sister hit team grew up abused, unwanted—and in lethal tune with each other. Killing nine targets in ten days will be their biggest score yet. But as Ava sets up their final target, she falls hard for him and a chance at a normal life. And that's a betrayal she may not live to regret . . .

THE CRUSHED ICE CLIQUE
NOIRE
At first all ghetto princesses Honore and Cucci want is quick cash-flow. But after sexing jewelry distributor Slimy Sam and learning his illegal tricks of the trade, they assemble a crack team of thieves for one dazzling scam. Replacing diamonds with fakes and selling the reshaped real deal on the black market is making them crazy-rich. But when Sam double-crosses them, these diamond divas must survive to steal another day . . .

“Treachery, betrayal, and revenge add to the twists and turns and lots of drama in this book. Loved it! Can’t wait until the sequel comes out.” —RT Book Reviews, 4 Stars on The Score

“Noire has created one of the liveliest urban fiction series headed by a most memorable protagonist. Fans will get a hoot out of the biting insults and dark humor marking practically every page.” —Library Journal STARRED REVIEW on Noire’s Stone Cold Liar