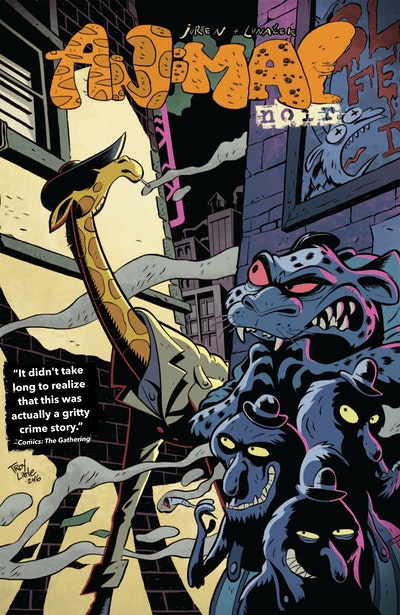 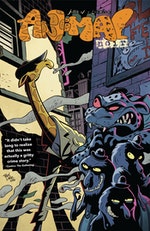 Private Investigator (and giraffe), Immanuel Diamond--Manny to his friends--has been asked by his uncle, an influential judge, to track down a prey fantasy movie. Adult films in this world are staged hunts where one animal eats another and the judge's wife starred in one that has been hidden, until now. Giraffe detectives, hippo mob members, prey-obsessed lions, street fighting elephants, and oppressed zebras are just part of this wild animal kingdom.

“"Although there is a lot of Zootopia here, there is even more Blacksad. This is noir. It is dark and cynical. World-weary PI’s with connections on both sides of the law handle matters too delicate for the official constabulary." –ComicWow.tv "It didn’t take long to realize that this was actually a gritty crime story. The night scenes really emphasize this grittiness by using lots of darker colours and shading in the panels. The backgrounds offer some great details like torn movie posters, garbage, and graffiti to give the city a harsher look." –Comics: The Gathering  ”