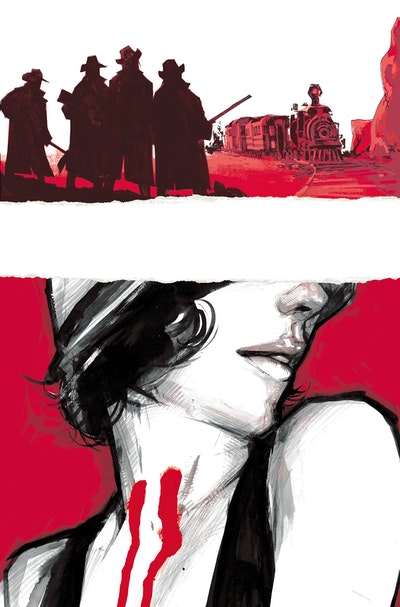 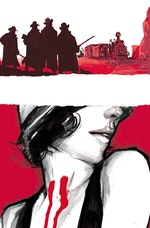 The #1 New York Times bestseller American Vampire is a fresh take on a gothic classic by writer Scott Snyder--with stories from the legendary horror master Stephen King--and is now collected in a hardcover edition in American Vampire Omnibus Vol. 1.

Chronicling the history of a new breed of vampire, American Vampire is a fresh look at an old monster, a generational epic showcasing the bloodlust that lay hidden beneath America's most distinctive eras.

Like most good stories, it all starts with a question: What if vampires, like all species, evolved? What if, occasionally across generations, a vampire bites someone and creates a new kind of creature--a vampire that takes its strengths and weaknesses--not just from its predecessors, but its environment. So when crusty old Europeans come to the American Old West and turn a thoroughly corrupt gunslinger named Skinner Sweet into even more of a monster, he becomes something entirely new: a new breed of vampire immune to sunlight, one who hates every last one of his aristocratic European ancestors.

Follow this dark symbol of the New World as he moves through American history's most distinctive eras--the 1880s Old West, 1930s Las Vegas, World War II and more. But as Skinner's war with his predecessors inspires a mysterious society to rise and fight them both, his most upsetting decision might be the first person he chooses to join his vampiric ranks: A struggling young movie star named Pearl Jones.

Stephen King has built a number of businesses from start-up, is a Chartered Accountant and has an MBA from Warwick Business School. His current business interests include f-works.co.uk, which provides finance expertise to businesses doing something new, exciting or different.