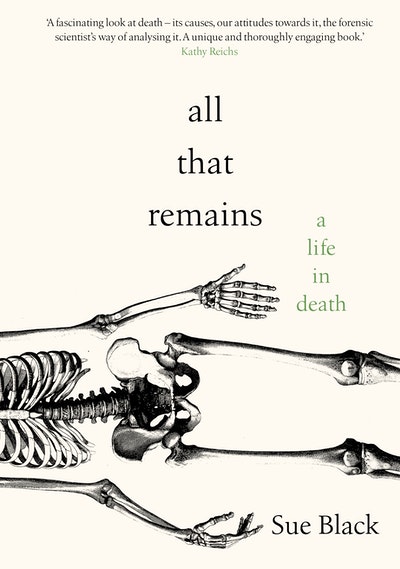 A Life in Death

One of the world's leading forensic scientists explores death and the meaning of death and life.

Professor Dame Sue Black discusses the subject she grapples with every day - Death - bringing her unique perspective to the multitudinous circumstances in which life is lost. From the painful grieving process after losing a loved one, to violence, murder, criminal dismemberment, missing persons, war (such as Kosovo), natural disasters (such as a tsunami), unidentified bodies, historical remains -- involving investigative agencies, lawyers, justice, criminal sentences, and always sadness and pain, she takes us on a scientific and reflective journey explaining the genetic DNA traits that develop before our birth, and those traits and features we gather in the twists and turns through life, all of which add up to an identity that reveals itself in death. Riveting as the best crime novel, and leavened with humour, this is an enriching and reassuring read and a parallel celebration of life.

Professor Dame Sue Black is one of the world’s leading anatomists and forensic anthropologists. She is also the Pro-Vice Chancellor for Engagement at Lancaster University. She was the lead anthropologist for the British Forensic Team's work in the war crimes investigations in Kosovo, and she was one of the first forensic scientists to travel to Thailand following the Indian Ocean tsunami to provide assistance in identifying the dead. Sue is a familiar face in the media, where documentaries have been filmed about her work, and she led the highly successful BBC 2 series History Cold Case.

Sue was appointed Dame Commander of the Order of the British Empire in the 2016 Queen’s Birthday Honours for services to forensic anthropology.

She is the author of the critically acclaimed Sunday Times bestseller All That Remains. 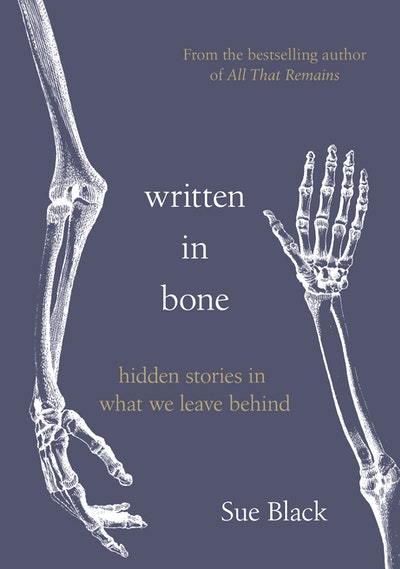 Praise for All That Remains

One might expect [this book] to be a grim read but it absolutely isn’t. I found it invigorating!

Black’s utterly gripping account of her life and career as a professor of anatomy and forensic anthropology manages to be surprisingly life-affirming. As she herself says, it is “as much about life as about death”.

An engrossing memoir ... an affecting mix of the personal and professional.

A model of how to write about the effect of human evil without losing either objectivity or sensitivity ... Heartening and anything but morbid... Leaves you thinking about what kind of human qualities you value, what kinds of people you actually want to be with.

For someone whose job is identifying corpses, Sue Black is a cheerful soul ... All That Remains feels like every episode of Silent Witness, pre-fictionalized. Except, you know, really good.

This fascinating look by a world-leading forensic scientist at what the dead can tell us is a real eye-opener... Sue Black must be one of the most unusual people in Britain… extraordinary…part meditation, part popular science and part memoir...the book offers a close-up and startlingly clear view of a subject that makes most of us look away.

The real thing here is not the cause of death, but the nature of the life. Black is genuinely moving about the respect we should have for the dead … There is much to admire in this book.

Poignant and thoughtprovoking… it is the book’s humanity which will connect with readers.

Let [Sue Black] take you by the hand and lead you on a journey which will inspire your awe and devotion … A wonderful surprise of a book.

Most of us are terrified of death, but Sue Black shows us that death is in fact a wondrous process, intimately tied with life itself. Written with warmth and humanity, All That Remains reveals her life among the dead, who can surely count her as their best friend.

Many crime readers delight in the disgusting, the dark and the dangerous. Black’s reverence for human remains and her fearless intimacy with death in its many guises may well be a necessary antidote.

Sue Black has been intimately involved with the aftermath of death for her whole professional career and in her book she weaves in details of her amazing and active life with her analysis of death in a narrative that is personal, touching, occasionally tragic but also instilled with her wonderful sense of humour.

Dame Sue Black writes about life and death with great tenderness but no nonsense, with impeccable science lucidly explained, and with moral depths humanely navigated, so that we can all feel better about the path we must all inevitably follow. I am genuinely glad I read this book.

Compelling, brave and extremely accessible.. A must for anyone who thinks about the basics of living and dying. And there are jokes as well.

No scientist communicates better than Professor Sue Black. All That Remains is a unique blend of memoir and monograph that admits us into the remarkable world of forensic anthropology.

Where on earth would the world be without Sue Black?

Editor's Choice: An enthralling book about forensic science and the many faces of death.

Professor Black’s elegant exploration of death crafts a bridge that allows us, the living, to journey into her mesmerizing world. Her intimate examination of each layer and facet of death, is both intelligent and tender. Through her unflinching eye, we come to understand that life and death are indeed two parts of a continuous whole and that there is much insight to be gained if we approach each of these with curiosity rather than fear.

All That Remains provides a fascinating look at death - its causes, our attitudes toward it, the forensic scientist's way of analyzing it. A unique and thoroughly engaging book.

If you ever wondered about the life of a forensic anthropologist, Sue Black reveals the truth behind the TV screens.

A beautifully written memoir full of reflections on the deaths of strangers and family members.

She often finds herself dealing with the most macabre cases of murder. But the no-nonsense Scot is an upbeat character with a dry sense of humour, clearly identifiable in her memoir.

The real thing here is not the cause of death, but the nature of the life. Black is genuinely moving about the respect we should have for the dead … There is much to admire in this book.

Ideal reading if you're a cheerful soul who likes to think about death. And think how it'll brighten your conversation on holiday.

Books of the Year

Best of the Year: Memoir This book captures the profundity of human life while displaying a sense of humour, and peels back the skin to reveal a world few of us ever discover

Dame Sue Black, the woman who inspired the hit television show Silent Witness and has done for forensic science what Strictly has done for ballroom dancing, is an unlikely but deeply worthy national treasure.... Black's memoir, like her story, is curiously vibrant and life-affirming.

You can't help but warm to this retired professor of anatomy and forensic anthropology who chose "the many faces of death" as her medical speciality, yet is herself so vividly alive. Like [David] Nott, Black travelled the world at times, sifting maggots, bullets and human body parts in war zones. Despite it all, she remains convinced that our humanity transcends the very worst of which our species is capable.