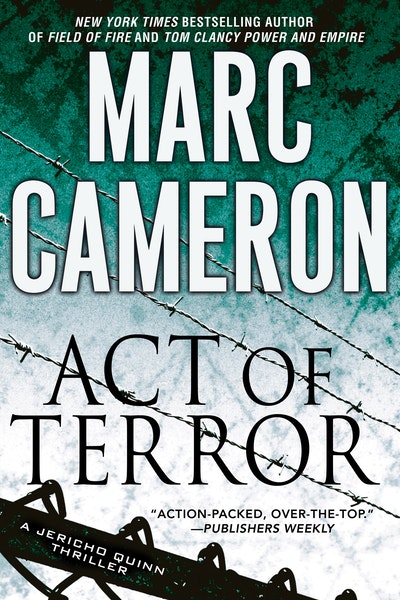 Warning: The next attack on American soil will come from within.

From coast to coast, our nation is witnessing a new wave of terror. Suicide bombers incite blind panic and paralyzing fear. A flight attendant tries to crash an airliner. A police officer opens fire on fans in a stadium. And at CIA headquarters, a Deputy Director goes on a murderous rampage. The perpetrators appear to be American—but they are covert agents in a vast network of terror, selected and trained for one purpose only: the complete annhiliation of America. Special Agent Jericho Quinn has seen the warning signs. As a classified “instrument” of the CIA reporting directly to the President, Quinn knows that these random acts of violence pose a clear and present danger. But Quinn may not be able to stop it. The search for terrorists has escalated into an all-out witch hunt. And somehow, Quinn’s name is on the list. . . . Praise for the novels of Marc Cameron “Awesome.”—Brad Thor “Fascinating characters with action off-the-charts. Masterful.” —Steve Berry “Cameron’s books are riveting page-turners.” —Mark Greaney #1 New York Times bestselling author “Quinn makes a formidable warrior readers will want to see more of.” —Publishers Weekly