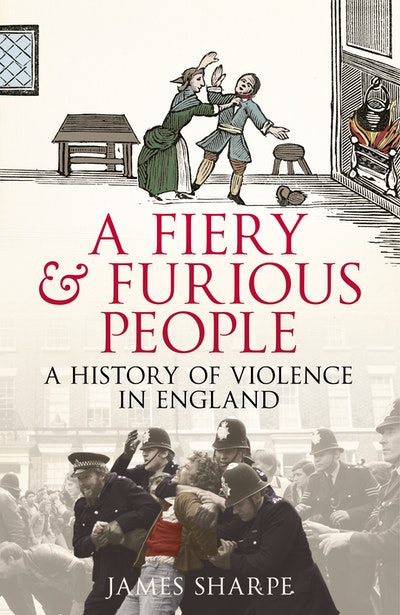 A History of Violence in England

From murder to duelling, highway robbery to mugging, a compelling exploration of seven centuries of violence in England.

A TIMES AND SUNDAY TELEGRAPH BOOK OF THE YEAR

‘Sweeping and ambitious … Sharpe is a humane and clear-eyed guide to a series of intractable and timely questions.’ Observer
‘A magisterial book … The outlaw's song has surely never been better rendered.’ Times Literary Supplement

From the tragic tale of Mary Clifford, whose death at the hands of her employer scandalised Georgian London, to an account of the violent activities of Victorian Manchester's scuttling gangs, via a character portrait of the duel-obsessed Cavalier Sir John Reresby, A Fiery & Furious People explores the brutal underside of our national life in all its variety. And as it considers the litany of assaults, murders and riots that pepper our history, it also traces the subtle shifts that have taken place both in the nature of violence and in people's attitudes to it. Why was it, for example, that wife-beating could at once be simultaneously legal and so frowned upon that persistent offenders might well end up being ducked in the village pond? When did the serial killer first make an appearance in the annals of English crime? How could football be regarded at one moment as a raucous pastime that should be banned, and the next as a respectable sport that should be encouraged? What gave rise to particular types of violent criminal – medieval outlaws, Georgian highwaymen, Victorian garroters – and what made them dwindle and then vanish?

Throughout, Professor James Sharpe draws on an astonishingly wide range of material – court records and murder pamphlets, popular ballads and novels, sermons and films – to paint vivid pictures of the nation's criminals and criminal system from medieval times to the present day. He gives a strong sense of what it was like to be caught up in, say, a street brawl in medieval Oxford or a battle during the English Civil War. And he also seeks to answer perhaps the most fascinating and fundamental question of all: is a country that has experienced not only constant aggression on an individual scale but also the Peasants' Revolt, the Gordon Riots, the Poll Tax protests and the urban unrest of summer 2011 naturally prone to violence or are we, in fact, gradually becoming a gentler nation?

James Sharpe was Professor of History at the University of York from 1997 until his retirement in 2016. He is a leading social historian, with a particular interest in the history of crime. He has published widely on the subject and is a committee member of the International Association for the History of Crime and Criminal Justice. His books include Instruments of Darkness: Witchcraft in England 1550–1750 (1996) and Dick Turpin: the Myth of the English Highwayman (2004).

Praise for A Fiery & Furious People

A deeply thoughtful and thought-provoking examination of violence in England from the Middle Ages through to the present day … genuinely hard to put down.

The richness of this wonderful book is testament to nearly 50 years spent working on the history of violence … a fascinating and rare example of a beautifully crafted scholarly work.

Books of the Year, The Times

A Fiery & Furious People is often a sobering read … Sharpe’s empirically grounded argument is a powerful and persuasive one.

Fascinating . . . James Sharpe draws on court records, verbatim accounts and bloodcurdling contemporary records to chronicle the changing aspects of brutality through the ages.

A history of violence in England, from the Middle Ages onwards, this looks back to a time when violence was part of everyday life and asks what’s changed and why.

Books of the Year, Sunday Telegraph

Brings the subject memorably to life

Book of the Week, The Week

A vivid survey of our enthusiasm for violence … For a survey of violence, its pages overflowing with duelling, hooliganism, domestic abuse and even serial killing, Sharpe’s book is actually quite a cheering read. … The strength of Sharpe’s book lies in its anecdotes, with almost every page containing an arresting or colourful detail.

[An] engrossing history of violence … You’ll leave battered and bruised, but with a better understanding of the darker side of our nation’s history

Wonderfully entertaining, comprehensive and astute … This book is a welcome corrective to the reductive explanations and simplistic solutions favoured by populist politicians and fearmongering journalists.

Sweeping and ambitious … packed with gripping anecdotes … Sharpe is a humane and clear-eyed guide to a series of intractable and timely questions.

[An] encyclopaedic history of violence in England. . . Sharpe's book will tell you much about the creativity of the human mind when it comes to conceiving of ways to mistreat others.

Offers the reader a vivid and interesting insight into the history of violence in England.

Examines a history of English violence from riots to highwaymen, and from executioners to serial killers. Mr Sharpe is a crime historian of many years and his book’s strength lies in its scope, which allows the reader to survey the changes and customs of English society.

A compelling and endlessly fascinating book examining the history of violence in England, A Fiery and Furious People is, like the best history books, one that contrasts our history to our present with startling effect – making this an immediate and gripping read.

A fascinating romp through history

Satisfyingly detailed, yet with a convincing overarching thesis.

Books of the Year, History Today 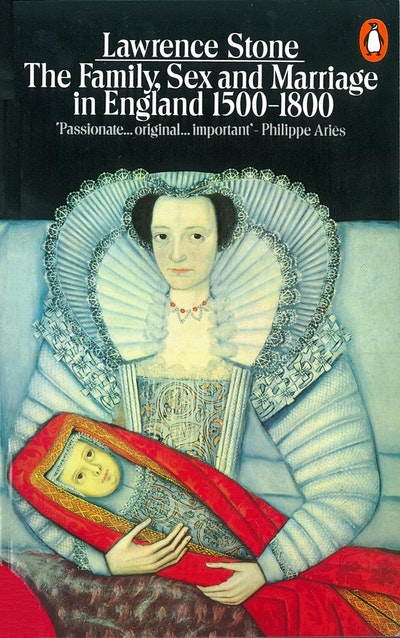