Book for an event
robertoliveronline.com

Robert Oliver is a New Zealand-born chef who has spent much of his highly successful career working in leading overseas restaurants. Raised in Fiji and Samoa, he is deeply committed to sustainable food production and tourism in the South Pacific and wants to elevate the appreciation of the Pacific’s local cuisines and produce. He has worked as a chef in Fiji, New York City, Miami, Sydney, Las Vegas, the US Virgin Islands, Barbados, Trinidad and more. Robert has developed farm-to-table resorts in the Caribbean, and food programmes feeding homeless people and African immigrants with AIDS in New York City.
Robert’s award-winning book Me’a Kai: The food and flavours of the South Pacific, was named the Gourmand Best Cook Book of the World 2010, Gourmand’s top prize. His second book, Mea'ai Samoa won the Best TV Chef Cookbook in the World in 2013. Both books were made into the TV series Real Pasifik. For two seasons he was a judge on the popular cooking show My Kitchen Rules. 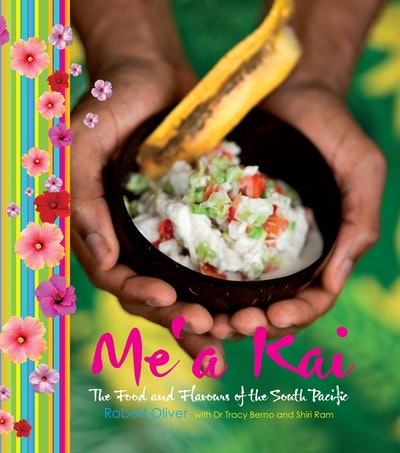 A South Pacific holiday in your home kitchen!