He has travelled widely; trekked the Kokoda Track, been kidnapped by orang-utans in Borneo, driven herds of brumbies across the Australian Alps and lived in New York, London and Singapore.

But it was Africa that stole his heart. Since his first trip in 1994 to experience his ‘Gorillas in the Mist’ moment in Rwanda, he has gone back many times to continue the adventure and his love affair with this amazing continent and its even more amazing people.

Chris has lived with the Massai in Tanzania, spent months on end in the Congo, lived with gorillas on the top of mountains, climbed Mount Kilimanjaro in the winter, seen the worst of humanity in the prelude to the Rwandan genocide, canoed down the Zambezi River, hot air ballooned across the Serengeti, sailed a dhow across Lake Victoria...and been held at gunpoint more times than he cares to consider...But even with that, Africa continues to lure him back.

Chris lives in Sydney and has two boys. He regularly competes in long distance endurance races (because he’s slightly mad) and likes to cook for friends, but mostly you’ll find him clanking away at a keyboard writing his next novel. 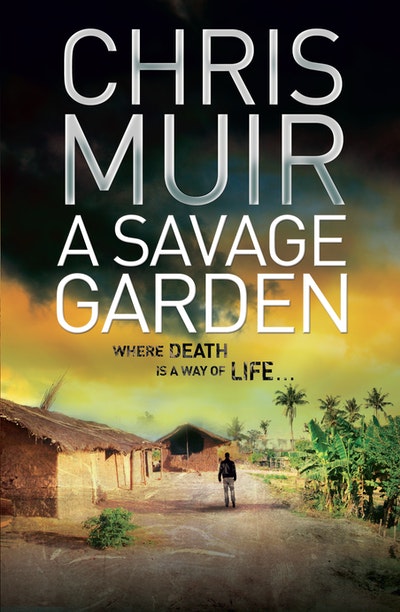 A Savage Garden is a powerful, thought-provoking and action-packed thriller set in the lawless wilds of the Congo.